On November 24 Palestinian Authority Chairman and Fatah leader Mahmoud Abbas is scheduled to meet Hamas leader Khaled Mashaal in Cairo. There, according to a statement by senior Fatah official Mohammad al-Nahal, the two are supposed to announce the formation of a new Fatah-Hamas unity government. In a statement on Saturday, Nahal said, “The Palestinian people will witness in the next few days the birth of reconciliation.”

That “birth of reconciliation” is actually a “renewal of reconciliation.” Fatah and Hamas signed a reconciliation agreement in May. But for six months that deal has remained unimplemented. The reason that implementation has been delayed is because Abbas had until recently rejected Hamas’s demand to fire Prime Minister Salam Fayyad. Abbas’s refusal owed to the fact that the U.S. made continued aid to the PA contingent on Fayyad’s remaining in office.

According to Nahal, the current “birth of reconciliation” owes to Abbas’s decision to accede to Hamas’s demand. According to him, Abbas and Mashaal are now considering several candidates to replace Fayyad as prime minister.

There have been a number of contradictory assessments of the significance of current Fatah-Hamas negotiations. Last week the Jerusalem Post’s Khaled Abu Toameh argued in a commentary published by Hudson New York that Abbas’s decision to dump Fayyad in favor of unity with Hamas proves Hamas is the strongest force in Palestinian society.

After Abbas’s bid to bypass a negotiated peace with Israel and attempt to achieve statehood through UN recognition failed, according to Abu Toameh, Abbas was left with no option other than to make a deal with Hamas. As Abu Toameh put it, Abbas “is basically hoping that instead of being denounced and ridiculed by Palestinians for the failure of the statehood bid, he will now be praised for having ‘reunited’ the Palestinians.”

He concluded that Abbas is fooling himself by believing he can gain domestic political popularity for his actions. Hamas will gain international legitimacy from this deal and be well on its way to securing victory in the next round of Palestinian elections that are tentatively scheduled to take place sometime next year.

In contrast, some commentators are saying that in the end, economic considerations will win the day. The U.S. threat to cut off all funding to the PA in the event a Fatah-Hamas government is formed will force Abbas’s hand. As before, he will fail to implement the deal and Hamas will remain outside the PA government. That is, when caught between the Hamas rock and the U.S. hard place, as before, Abbas will choose the U.S. over Hamas.

How one assesses prospects for eventual peace between Israel and the PA generally, and how one comes down on the question of whether or not the U.S. should continue to fund the Fatah-controlled PA specifically, is to a large degree dependent on which interpretation of the Fatah-Hamas unity talks one favors.

If you believe the deal is proof Fatah is resigned to accommodating Hamas and will inevitably be dominated by the jihadist terror group, then you also likely have no faith in prospects for peace between Israel and the PA and oppose continued US aid to the doomed PA. After all, this interpretation assumes it is inevitable that all the resources now at the PA’s disposal will eventually fall under Hamas control. Since Hamas is openly committed to Israel’s destruction, and since the U.S. has defined Hamas as a foreign terrorist organization, it naturally follows Israel should abandon its relations with the PA and the U.S. should cut off all aid.

On the other hand, if you believe this is just a ruse, and that neither Hamas nor Fatah is capable of implementing a deal, in all likelihood you will continue to believe in the prospect of eventual Palestinian statehood in the framework of a comprehensive peace deal between Israel and the PLO. Similarly, you will support continued U.S. aid to the Fatah-dominated PA, under the assumption that this aid buys the U.S. significant leverage over the Fatah leadership. 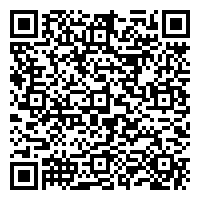