{By Gilad Zwick and originally posted to the MIDA website}

The events that took place along Israel’s northern border this Saturday improved Israel’s strategic situation, according to Brig. Gen. (Res.) Yossi Kuperwasser, former Head of the Research Division in the Israel Defence Force (IDF) Military Intelligence Unit and a senior researcher at the Jerusalem Center for Public Affairs.

In a conversation with Mida, Kuperwasser said that in summation, the events were indeed a success for Israel. “There was an impressive Israeli demonstration of force, and we managed to send a clear message to the Iranians, as well as to the Syrians and Hezbollah. We wrought tremendous damage upon Syria’s air defenses and attacked at least four Iranian targets. We made it clear to Iran that we have enough capabilities to act decisively against their attempts to establish new rules of the game in the region” said Brigadier General Kuperwasser.

Mida: The confrontation today began following an offensive action taken by Iran, but the main harm was inflicted on Syria.

“The Iranians do not mind fighting Israel to the last Syrian. Iran is frustrated that Israel is preventing it from achieving the three goals it has set for itself: to transfer “game-changing” weapons to Hezbollah, to establish a wide array of military bases in Syria and to create a prolonged confrontation with Israel on the Golan Heights. In the first and second missions, they are succeeding far less than what they expect. On the third mission they are failing miserably. ”

According to Kuperwasser, the serious incident this morning was an Iranian attempt to cover up the failures in achieving their original goals and to create alternative ways to fight Israel. “Instead of using a third party like Hezbollah, they were betting on an aggressive course against Israel on their own. This is a far-reaching move that at least has failed in the meantime. ”

How will the downing of an Israel air force jet be seen by the Iranians?

“Unfortunately, we paid the price of two injured pilots and the downing of a plane. This has no strategic significance, though. When you fight, you also get hurt. No one is checking how many Iranians or Syrians have been hurt in our attacks. We got used to having a “free meal” until now where as we attacked and were not attacked back, so now that we paid a price, it suddenly seems strange to us.”

Can you understand what the Iranians’ goal was in sending the drone into Israel?

“No one knows what the drone’s target was but they certainly prepared for the possibility that this move would lead to an escalation. This is evident by the firing of anti-aircraft missiles, one of which also hit our plane. I don’t think they sent the drone only as a declarative act, because Hezbollah already did that in the past. Fortunately, their drone did not fulfill its mission.”

Iranian President Ruhani will now have to provide explanations to Putin.

“Definitely. There is no doubt that an event like this was not coordinated in advance with the Russians and they were not aware of it, which is very serious for Russia. Putin relied on the fact that there was quiet in Syria and that Russia could control matters there for its own interests. Now Russia has conformation for the warnings that Israel gave that Iran is dangerous and giving freedom of action to the Iranians will not help Russia, but will only agitate the area and undermine the quiet.”

Do the Iranians not take into account Russia’s wishes?

“They don’t really consider the Russians. Tehran thinks that Moscow needs it to fight the opponents of Assad, so they don’t care about what bothers Putin. That will probably change now.”

Was Iran trying to send a message to the Americans as well?

Did the fact that Trump is POTUS play a role in Israel’s decision to launch a massive attack?

“No. In my opinion, we would have attacked anyway, regardless of the identity of the president sitting in the White House.”

There are those who argue that in an era of high trajectory missile capability, territory has no importance and therefore the Golan Heights can be handed over.

“That is simply untrue. On the contrary, our presence on the Golan Heights gave us another security margin n which to get organized with the air force. The Golan also allows us to distance all the events taking place in Syria from Tiberias, the Sea of Galilee and other areas overlooked by the Golan Heights. Such events only sharpen the importance of holding on to the Golan Heights.”

Are we at the start of a new era in the region?

“The question is what will the Iranians decide? They undoubtedly tried to create a new era, but were met with a resolute response from Israel. They are concerned, but we too must not be complacent. Iran has succeeded in heavily arming Hezbollah in Lebanon and even if our response will persuade them to take their foot off the gas in the Syrian sector, this is not the end of the story. In any case, we must remain alert and ready.” 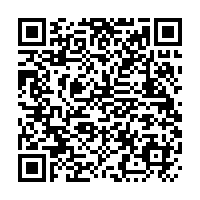