Rivers of enthusiasm washed over the Israeli media regarding the recent interview by Chief-of-Staff Lt. Gen. Gadi Eizenkot with the Arabic news website Elaph. “Saudi newspaper interviews Israeli chief of staff!” “Peace with Saudi Arabia has begun!” “The days of the messiah are upon us!” was the general gist of the responses.


Elaph is not, in fact, a Saudi newspaper, as was claimed in various reports. It is run from London by two people, one a native Saudi Arabian, the other an Iraqi.

The interview was not conducted by a Saudi journalist who landed in Israel in secret, as was suggested, but by the veteran Druze-Israeli correspondent Majdi Halabi, who serves as Elaph’s Israel correspondent.

Elaph has given a platform to a number of Israeli writers since its establishment in 2001, including the present author. But by all means, if it can get everyone excited about a historical event or the coming of the messiah, why not?

It is true that Eizenkot said interesting things in the interview. He warned that Israel “will not tolerate the entrenchment of an Iranian presence in Syria in general, and particularly west of the Damascus-Suwayda road [forming a line roughly parallel to the Israel-Syrian border]. We will never allow any Iranian presence – we warned them against building military facilities and bases, and we will not allow it.”

What he said, in other words, is that Israel controls a strip of land inside Syria, dozens of kilometers wide along its border, and it will do everything in its power to expel the Iranians from it. But what will happen if the Iranians build a base there to test Israel’s mettle? What if they publicly declare that an attack on their base will spark a big war? Will the IDF actually strike?

It seems that Israelis – both senior officials and professional interviewees – have forgotten the first rule of Middle Eastern bazaar culture: “Never show excitement, because the price will climb to a level you won’t be able to afford.” The Saudis need Israel because of the Iranians. They would get into bed with the devil himself if he would protect them from the Persians.

Israel must maintain a poker face so the Saudis feel they have to work hard to convince it to give them what they want – on Jerusalem’s terms.

Seventy years of solitude, hatred, boycotts, and insults from Israel’s Arab neighbors have caused the Jewish state to be moved by any hint of a smile, to lose its cool over a handshake, to get excited when a question asked by an Israeli reporter is begrudgingly answered by a lowly Saudi prince, to cry with joy when a Kuwaiti representative deigns to remain in the auditorium when the Israeli ambassador speaks. This obsession with displays of Arab attention and Arab gestures has become a psychological disorder. The Arabs fully exploit Israel’s yearning for their favor, delighting in its “learned” commentators’ analyses of their every move.

This unbridled excitement proves Israelis have not learned the Qur’anic precept: “Verily, God is with the patient” (2:153). If you want God to help you, do not become overexcited, do not leave the safety of your front yard, do not show emotion, and do not make haste. Be cool, be patient, and don’t drop your poker face.

The fear of Iran that is pushing Riyadh in Israel’s direction is presenting the Jewish state, perhaps for the first time, with an opportunity to dictate terms: direct peace negotiations solely with the Saudis, without any foreign intervention; a Saudi embassy in Jerusalem; recognition of the Jewish right to live everywhere in Israel; a clear distinction between Israeli-Saudi peace and the Israeli-Palestinian conflict; a Saudi pledge to refrain from voting against Israel in international fora; full normalization, including scientific, cultural, commercial, and industry cooperation; and the acceptance of flags and anthems at sporting events. Should Riyadh reject this peace vision, it must not expect Israel’s full support in the fight against Tehran.

Anyone who deems this sort of peace – which would be much better than the agreements Israel currently has with Egypt and Jordan – to be impossible is stuck in the mentality of Moses’s twelve spies, who told him after scouting the Promised Land: “We seemed like grasshoppers in our own eyes, and seemed the same in their eyes” (Numbers 13:33). The day Israelis acknowledge their true size, their neighbors will treat them properly. Until that day, however, the festivities are grossly premature. 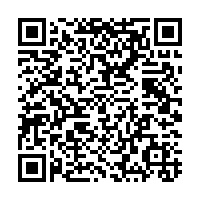