The Druze in Southern Syria live in Jabal al-Druz, the Mountain of the Druze, a volcanic zone covered with boulders of immense dimensions, a district which is named for its capital al-Suida. The French Mandate forced the Druze to join with Syria in the blood-soaked war that began in August 1925. In order to blur their distinct religious identity, the Syrian regime changed the name of the mountain to Jabal al-Arab “Mount of the Arabs”, but they remained faithful to their Druze identity and their tribal tradition, and it could very well be that they will also try to establish for themselves a separate state.

The Bedouins, who live in the Eastern district of Dir a-Zur have never liked the city dwellers, because they are different culturally. It is reasonable to assume that they also will aspire to establish for themselves a separate political entity. Great love has never existed between the two main cities, Damascus and Aleppo, and therefore it may be that these two centers will prefer to disengage from each other in the wake of Syria’s collapse.

The future of Syria will call to mind the past of Yugoslavia, as well as the present situation in Iraq and Lebanon, because the fundamental problems of these states exist also in Syria. The stabilization of the separate parts as legitimate political and governmental entities will take years, in the process of which much blood will be shed in never-ending conflicts between various groups based on ethnicity, tribe, religion and sect. The illusion of Syrian patriotism and the dream of Arab nationalism, which has become the bloody nightmare of the “Arab Spring”, shatter on the hard ground of the separatist, group-based reality, which is alive and kicking in the Middle East.

The president is dead, long live the new emir!!! 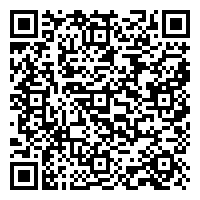