A German regional court held at the end of June that circumcision of males, practiced by Jews and Muslims, is a “bodily injury” of the child and punishable as a crime. German political leaders reacted against the opinion, and the probability that it would portray today’s Germany in a negative light. The court order will likely be nullified definitively by the German parliament and constitutional court, but anti-circumcision policies have spread to Switzerland and Austria as well.

A month later, on July 20, the German federal parliament, the Bundestag, passed a resolution calling for the protection of the rights of Jewish and Muslim parents to circumcise of their male offspring with medically-qualified personnel. A draft law guaranteeing these religious liberties has been proposed for introduction this autumn.

The action by German politicians was followed, however, by news that two medical institutions in Switzerland, the Children’s Hospital in Zurich and the St. Gallen teaching hospital, decided temporarly to suspend circumcision of infants unless medically necessary.

Then, on July 24, came an order by Markus Wallberg, governor of the western Austrian province of Vorarlberg, also prohibiting the circumcision of males for non-medical reasons in all public hospitals, pending clarification of the German situation.

The Cologne case originated in November 2010, when a four-year old Muslim boy was circumcised at a clinic in the city, on the request of his parents. After two days, because the child was bleeding, the parents took him to the emergency room at the University Hospital of Cologne.

The public prosecutor in the state of North Rhine-Westphalia filed a complaint against the doctor who performed the procedure. The lower, district court determined in June 2012 that the doctor was blameless, and the doctor was acquitted. The district court held that circumcision was a form of “bodily injury,” but was justified by the approval of the parents, the cultural prevalence of circumcision among Muslims, and evidence of medical advantages among circumcised males.

Medical researchers have affirmed that circumcised males are less susceptible to sexually-transmitted diseases and to penile cancer. Der Spiegel acknowledged that “It remains undisputed that circumcision leads to better hygiene and can also be helpful in preventing some forms of cancer,” but noted that while common in the U.S., Israel, Muslim countries, and elsewhere, male circumcision is less widespread in Europe. Currently, about 55 percent of newborns in the U.S. are circumcised. Only 11 percent of German males are circumcised.

The public prosecutor in North Rhine-Westphalia appealed and the case was moved up to a regional court. The regional court also rejected the charge against the doctor in the matter, ruling that the “grey area” of legal uncertainty about male circumcision left the practitioner innocent. The judges, however, reaffirmed that, as a precedent for the future, circumcision was a form of “bodily injury” that was not justified by the parents’ wishes, and was unnecessary for the health of the child.

The regional court determined that the child’s “right to physical integrity” was more important than the constitutionally-guaranteed religious rights of the parents. The judges held that the religious freedom of parents, and their right to decide how to raise their children, would not be restricted if they were compelled to wait until the child himself decided whether he wanted to be circumcised. As described by the German weekly Der Spiegel, the court concluded that “a child’s right to self-determination should come first.”

The regional court opinion did not apply to the whole of Germany. But the Berlin Jewish Hospital announced that in accord with the law, it would suspend circumcision for religious purposes.

The controversy brought universal condemnation of Germany by Jewish and Muslim representatives, who were joined by Christian religious leaders in condemning the court action. Chancellor Angela Merkel warned that the criminalization of circumcision could make Germany a “laughing-stock” of the world. Foreign Minister Guido Westerwelle pointed out that it would harm Germany’s efforts to present itself as a tolerant country. Many commentators agreed that the court opinion was especially problematic because of Germany’s history of anti-Jewish genocide during World War II.

Religious leaders were more severe in their comments. Rabbi Pinchas Goldschmidt, President of the Conference of European Rabbis, called the court decision the worst attack on Jews in Germany since the Holocaust. Noting that the opinion was based on the ostensible rights of the child, Rabbi Goldschmidt warned that “the language of the human rights” is a new medium for anti-Jewish prejudice. 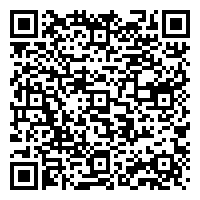