Misled by the smokescreen of the war against ISIS, the world failed to notice that Tehran was taking over considerable parts of Syria, particularly in the sparsely populated center and east of the country. The Iranian takeover is being implemented by Shiite, Iraqi, Afghani, and Iranian militias, but primarily by Lebanese Hezbollah. That group has been given a free hand to do whatever its leader, Hassan Nasrallah, pleases in western Syria, the more fertile part of the country and home to most of the population.


As ISIS and the rest of the rebels weaken, Bashar Assad is gaining strength. The brutality of the Russian intervention and the cruelty of the Shiite militias have overcome his opponents. The tide turned in 2015 when the Russians forced Ankara to stop supporting the rebels and ISIS; and while Erdoğan had no choice but to go along with the Russians, the Alawite Assad still sees him – justifiably – as an Islamist enemy.

The Kurds who live in northeastern Syria will never again agree to be at the mercy of the Arabs, having lived as grade-D citizens until 2011. Hence it can reasonably be assumed that, even if Syria remains one country under Assad’s rule, the Kurds will keep their enclave autonomous to a large extent, or be forced to fight the regime for their rights. The larger problem of united Syria, however, will be the drastic demographic change that it will undergo.

About half the citizens of Syria – approximately ten million people – have become refugees. Approximately half of them are inside Syria and half outside. Those abroad are in Jordan, Turkey, Lebanon, other Arab countries, Europe, North and South America, Australia, and even Israel.

Generally speaking, all Syrian refugees who have reached countries outside the Arab world will stay there for good, because life in those countries is orderly and safe. The refugees in Jordan, Lebanon, and Turkey, however – all together about 3.5 million Syrians – are waiting for the war to end so they can return home.

Yet the reality in Syria is changing completely, and it is difficult to foresee a massive return of Syrian refugees from those countries. There are two main reasons for this. First, during the six years of the savage and blood-drenched war, large parts of the Syrian cities have been reduced to rubble by aerial bombing, barrel bombing from helicopters, artillery and tank shells, and explosive devices and mines. The fighting, one should bear in mind, was waged primarily in the built-up areas. In most of Syria’s cities and towns, the electricity, water, sewage, and communications infrastructure has been partially or completely destroyed. Hundreds of thousands of buildings are no longer fit for human habitation. Entire neighborhoods in Homs, Hama, Aleppo, Idlib, and many other cities require leveling and rebuilding. It will take tens of years and many trillions of dollars to rehabilitate the country, and one can hardly see the nations of the world standing in line to contribute funds. Refugees will not agree to exchange the tent in Jordan for a ruin with no infrastructure in devastated Syria.

But there is another reason the refugees will not return: the Sunni refugees’ fear of the country’s new landlords, the Shiites. For a considerable time, Iran has been transferring Shiite citizens from Iraq, Iran, and Afghanistan to Syria. Its clear intention is to decisively change the country’s demographic composition so it will have a Shiite majority instead of the Sunni majority it had until the civil war erupted in 2011. This is undoubtedly the case because the Alawite rulers of Syria know the Sunni majority regards them as heretics and idol worshippers who have no right to live in, let alone rule, the country.

Twice the Sunnis have rebelled against their government. The first time was from 1976 to 1982, and that rebellion cost the lives of some 50,000 civilians. The second is the current rebellion, which so far has cost the lives of about half a million men, women, and children. The Alawites want to prevent a third uprising, and the sure way to do so is to alter the population’s makeup from a Sunni majority to a Shiite one. Hence, they will not allow Sunnis to return to their homes. Instead, they will make them permanent refugees who fear returning to a country that has been taken over by their enemies.

This ethnic cleansing promotes the ayatollahs’ dream of creating a Shiite corridor from Iran through Iraq and Syria to Lebanon and the Mediterranean Sea. This corridor will encircle the (eastern) Arab Mashreq from the north, and the war in Yemen is meant to create a complementary corridor from the south. Between the corridors the two kingdoms, Saudi Arabia and Jordan, will be ensnared, until they eventually fall into the Shiites’ hands along with Israel, the “Little Satan.” Europe and America will do nothing, because who cares about Muslims fighting Muslims?

The Shiite majority that will emerge in Syria will also suit the purposes of Lebanese Hezbollah, for which these Shiites will be natural partners. The warming ties between Shiite Syria and Lebanon could lead to some sort of federative union between the two, thereby marginalizing Lebanon’s Christian communities and “persuading” them to flee to other countries and leave Lebanon to its Shiite owners. That is the real reason for Nasrallah’s enthusiasm about the war on Syrian soil, and it is also the reason why Hezbollah’s opponents object to its involvement there.

The Refugee Problem Will Only Get Worse

The new demographic situation in Syria will convince the Sunni refugees that they no longer have anything to return to. They will therefore do all they can to move from Jordan, Lebanon, and Turkey to any country in the world that will agree to accept them, preferably in Europe or North America. This may well lead to a process opposite to that expected to result from the Syrian “peace”: instead of a return of refugees, there will likely be a mass flight of more refugees and Sunni citizens.

Along with the refugee problem plaguing the world for some time, the countries that absorb the refugees will likely see an intensification of Islamic terror for a number of reasons.

First, former fighters from ISIS and other rebel groups, all of them Sunni, will join the migration wave. They will bring with them great rage and burning hatred toward the Western states that took part in the anti-ISIS coalition or that stood by and did not help the rebels. Some of these fighters will continue their jihad on European and North American soil with weapons, explosives, and vehicle rammings.

In addition, some of the refugees will not find work in the countries to which they have migrated and will live on the economic and social fringes. They will become part of poor Islamic neighborhoods, many of which have existed in West European cities for years with local police afraid to enter them. Poverty and life on the margins turns some young Muslims into easy prey for terror recruiters, who stir up the urge for jihad in them by portraying the absorbing society as rotten to the core and overrun with promiscuity, prostitution, alcohol, drugs, materialism, and corruption. Those societies, the recruiters argue, use the immigrants as slaves for factories, garages, shops, and humiliating and degrading service professions while the natives are exploitative lawyers, accountants, businesspeople, and owners of houses and apartments. The recruitment of Muslim young people, particularly those who have learned in public schools that “everyone is equal,” is only a matter of time.

The refugee-absorbing countries will suffer a concomitant upsurge in crime: violence in the public domain, sexual harassment and attacks, burglaries, car thefts, consumption of drugs and alcohol, and unofficial, untaxed work. This will be in addition to illegal building, along with a growth in public spending on social services for immigrants related to children, unemployment, aging, and health. Already today, the rate of first- and second-generation immigrants in West European prisons is substantially higher than their rate in the general population.

The intensification of economic, social, and security problems in Europe and North America resulting from increased immigration will further augment the rise of the right and the extreme right, which in turn will exacerbate the West’s social and political tensions. Members of parliament whose only desire is to be reelected will attune their parliamentary activity – and particularly the laws they promote – to the expectations of electoral districts that are turning Muslim, sacrificing their people’s interests on the altar of their political careers. Many Europeans who are aware of their politicians’ treachery will lose hope and emigrate from countries that are in social and economic decline, and this flight will further accelerate Europe’s transformation into another Islamic region.

Thus, without the world understanding what is happening, the arrangements Russia and Iran are now imposing on Syria will spark a chain reaction entailing a larger influx of refugees and Europe’s irreversible descent. The Atlantic Ocean is not wide enough to protect North America from this calamity. Thus do Iran’s ayatollahs plan to destroy the infidel, permissive, drunk, materialist West: by banishing additional millions of wretched Syrians to the lands of heresy, the nemeses of the ayatollahs. On the soil of Syria, Tehran has defeated both Europe and America. 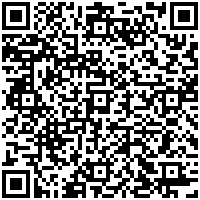