Recently, it seemed that the “Arab Spring” might have come to Judea and Samaria, when demonstrations broke out protesting the rise in the prices of gas and food. Palestinian Authority officials blame – could it be otherwise? – Israel for all of its troubles, and can even point to the source of the problem: the Paris Protocol, which binds the economy of the P.A. to the Israeli economy, the Israeli currency, the Israeli tax system and from here also to the prevailing prices in Israel. Their conclusion is that the P.A. must detach itself from the Israeli economy so that it can be independent. This demand was supported by several international bodies, who determined almost unanimously: The occupation is strangling the Palestinian economy.

However, the situation is much more problematic, because the economy is only the symptom of the illness; its result, not the real problem. The actual problem is the failure of the Palestinian project to establish one unique “Palestinian people,” with a shared national identity, on the basis of which civil systems can be established, like an economy and legitimate self-administration. The Oslo Accords brought refugees to the area of Israel known as Judea and Samaria, most of whom are not native to the area (Abu Mazen was born in Safed) and were never accepted by the local Arabs as “one of us”.


Those “architects of Oslo,” chiefly Shimon Peres, imported these foreigners and put them in control of the local population, lacking any legitimacy to rule. Perhaps Yasir Arafat – who was born in Egypt – had the aura of a national symbol, but his successors do not enjoy this aura. He was a leader, and they are politicians. The intention of Oslo, from Israel’s point of view, was – as the late Yitzhak Rabin put it – that Fatah should deal with Hamas “without the constraints of the Supreme Court or human rights organizations,” meaning that Fatah would do the security work for Israel, and it would be its collaborator.

Arafat and his successors never intended to carry out this task, because the Hamas movement is composed of locals, especially in the Gaza Strip, and if the PLO waged a real war against Hamas, it would cause the whole population to rise up against it. So the PLO played the “revolving door” game: they arrested a few activists for the sake of appearances to appease Israel, and freed them after a few days. Therefore the P.A. and its security apparatuses never fought seriously against terror, and for long periods even engaged in terror actively. As a result, the Hamas movement grew and developed so that today it rules in Gaza.

Another basic and negative feature of the Oslo Accords is the fact that these agreements left the settlement of the fundamental problems for the phase of the final status agreements: nothing at all was agreed upon regarding issues such as the borders, the Jewish settlements of Judea and Samaria, Jerusalem, the refugees, water, security arrangements and other issues, and they were left for settlement by negotiations that were supposed to have occurred within five years (“the interim period”).

The architects of Oslo naively thought that within five years the two sides would be able to arrive at a final status agreement. The great failure of the Oslo architects is that they did not determine in the agreements what would happen if the two sides did not arrive at a final status agreement. If the agreements expired would all that was written in them be cancelled? Would each side be free to do whatever it wants? The fact that the agreements do not relate to this is criminal negligence, because the manner of exit from agreements must be written into them: If a person rents out an apartment, and the tenant doesn’t pay the rent, the agreement must stipulate what will happen in this case, and what the exit strategy is. Without a detailed description of an exit process, no agreement is worth more than a garlic peel, and this is the case with the Oslo Accords.

Since in July 1999, the “interim period” of five years had elapsed without achieving a final status agreement, the Oslo Accords are now hanging in the air and are subject to the interpretation of each side: the Palestinians claim that it is their right to declare a state unilaterally, despite Israel’s objection, and Israel disagrees with this interpretation. 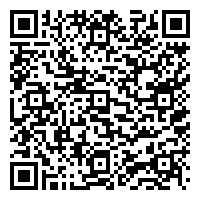