Note: This article was written on Friday, July 5, after Morsi was deposed.

Tahrir Square is filled with rejoicing, because the masses of restless youth have succeeded in removing the “ikhwanji” (denigrating term for “Brotherhood man”) Morsi from the president’s throne, and it might almost seem as if the problem of political Islam’s control of Egypt has been solved. They seem to think that forty million religious Egyptians have disappeared together with their dreams of realizing the fulfillment of their slogan, “al-Islam hu al-hal,” “Islam is the solution” to all problems relating to the individual, family, society, state and the entire world.


But reality is more compelling than any decision of the Egyptian Chief of Staff, since he cannot ensure that the Muslim Brotherhood movement will always remain a civil movement without a combative militia. He is well aware that radical and violent organizations have arisen from this movement, such as Al-Gama’a al-Islamiyya, which attacked tourists in the 1990s and whose spiritual leader Sheikh Amr Abd al-Rahman tried to bring down the World Trade Center in New York in 1993. Or the Egyptian Jihad organization, which assassinated President Sadaat in October, 1981, and whose leader Ayman al-Zawahiri is deeply involved with the al-Qaeda organization.

The names of organizations such as “al-Takfir wal-Hijra” (Excommunication and Emigration) and “Al-Nagun min al-Nar” (Saved from the Inferno) fill the hearts of senior officers of the Egyptian army will dread, because they know that there are enough people in Egyptian who identify with the radical ideas of these organizations and would set off car bombs and inflict mass murder on those they suspect of helping to remove from power the legitimately elected Muslim Brotherhood. The crowded Egyptian streets make it impossible to prevent terror attacks, and one small explosion would be enough to generate ripples of scattered drivers and pedestrians running over and killing anyone who happens in their path.

The crowds in the streets of Egypt will increase during the month of Ramadan, which begins on July 9, and religious sensitivities will be heightened as well, which might compel people to deeds and actions that they might not ordinarily do in normal times.

The prices of food and clothing, which rise steeply during Ramadan, together with the deterioration of the economy, especially in the weaker sectors, increase the frustrations of the disillusioned population, as well as their desire to take revenge on those who brought the present miserable situation upon them. The radicals see the army and the restless youth as their natural targets, so city squares and military facilities might be the main objectives for terror attacks.

Difficult and important questions are in store for Egypt—primarily whether to allow the Muslim Brotherhood to run in elections for parliament or the presidency. Perhaps Egypt will return to the way it was in the days of Mubarak, when the Brotherhood was forbidden to appear as a party on the political stage. Egypt is confronted with the question of “to be or not to be”: if it is democratic, how can it prevent the Brotherhood from competing for seats in the parliament or for the presidency, and if Egypt does not allow them to run democratically, then it has gone back to being a dictatorship, and so, what has the rebellion against Mubarak achieved? 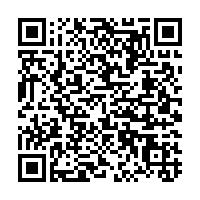