A leading scholar of the Holocaust termed the results of a recent survey of anti-Semitism in Europe “frightening,” CNN reported Tuesday.

Deborah Lipstadt, a professor of history at Emory University and author of numerous books on the Holocaust, assessed the results of the poll of more than 7,000 Europeans in seven nations conducted on behalf of CNN.

Reacting to findings from the survey showing that more than 25% of those surveyed from the United Kingdom, France, Germany, Poland, Hungary, Austria, and Sweden, believed that Jews had too much influence in business and that nearly one in four believed that Jews had too much influence in wars around the world, Lipstadt said, “it is imperative to note that anti-Semitism constitutes a conspiracy theory, i.e. an irrational evidence-free perspective that attributes to all Jews — irrespective of their location, status, age, nationality, world view — the same qualities and stereotypes.” She added, “Anti-Semitism makes as much sense as attributing to all left-handed people or all blonds similar attributes and behaviors.”

The poll also found that one-third of those surveyed said that they “knew just a little or nothing at all about the Holocaust,” according to CNN.

Lipstadt found this result disturbing, saying, “This is not something that should so easily be forgotten. It should be something about which Europeans should still be grappling. Not because of guilt — today’s Europeans are clearly not guilty of anything — but in terms of the society within which they live.”

Some European officials expressed an interest in fighting the scourge of anti-Semitism.

Felix Klein, who was appointed in April to be the first German official in charge of fighting anti-Semitism, responded to the survey by saying that he would recommend that other European nations establish a position similar to his. He added that the European Union has urged all member states to adopt the International Holocaust Remembrance Alliance’s definition of anti-Semitism as another step in fighting anti-Semitism.

Klein noted that Germany adopted the IHRA definition in 2017, but that “our biggest challenge, however, will be to change the views people hold about Jews.” He explained further, “This is a task for all of us, and for the sake of society as a whole — because anti-Semitism is a threat for any democratic, open society.”

Also, one-third of the Europeans said that the charge of anti-Semitism is used by Jews to shut down criticism of Israel. One in ten of those surveyed disagreed.

A spokesman for CRIF, a French Jewish communal organization, told CNN that the results of the poll demonstrated that anti-Semitism is “evolving as a multiform disease.”

According to the poll, while 48% of those surveyed believed that anti-Semitism is a growing problem in France, 29% know little or nothing about the Holocaust and 24% believe that Jews have too much influence over international affairs.

In response, the spokesman said, “It is astounding to read that substantial minorities blame Israel or Jews themselves for anti-Semitism.” 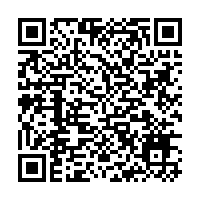