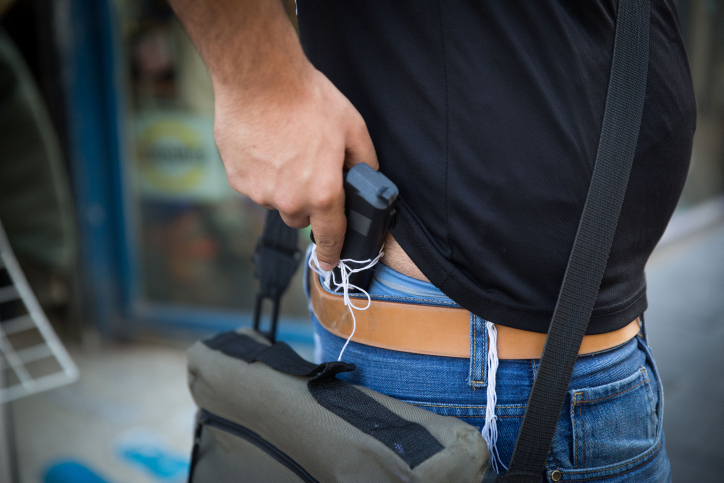 [This article was first published at WIBC]

After the most recent attack on Jews, this time while they were celebrating Hanukkah, I realized that as a radio host and vocal proponent of Jews being armed that I had made a terrible mistake.


The attack at a synagogue in Monsey, NY left five people injured. The attacker, a 39 year-old black man, snuck in to the synagogue where the Rabbi, who also lived there, was celebrating the Festival of Lights with friends and family. The attacker then pulled out a machete. Two of those injured were the Rabbi’s children. The attacker is being charged with five counts of attempted murder and one count of burglary.

This comes just a few weeks after the planned attack in Jersey City, New Jersey where gunmen, after killing a Jersey City cop, drove to a Kosher supermarket and opened fire. Watch the surveillance video: People were running in every direction, but the gunmen didn’t take their eyes off their target. They start shooting and walked only towards the supermarket. Three people were killed in that market, all Jews.

Any Jew who says that other Jews should not be allowed to arm themselves is wrong.

I have long discussed the need for Jews to be armed in their place of worship. I have argued vigorously that your place of worship is a vulnerable target, often called a soft target. Jews gathered for prayer on a Friday night or Saturday morning are a target for those who hate them, and Jews who disagree with that reality are wrong.

Yes. They are wrong.

My mistake, however, was that while I have argued the need for being armed, I have never given any advice on what to be armed with.

So I reached out to some experts on firearms for advice. I gave them parameters: Must hold at least 8 rounds, must be 9mm, must have a safety and must be small enough to fit inside a Tallit bag (a small carrying case for a prayer shawl, called a tallit.)

I chose these parameters not because I have any issue with other calibers or revolvers ( a .38 snub nose is a great carry weapon!) but rather I wanted a selection that was readily available, where ammunition was affordable and plentiful and a form factor that was compact.

(Note – The experts mostly balked at the idea of having a safety as one of the parameters, and many of their selections reflect that. For the record, my carry weapon has no safety, and I carry it on my hip, not in my tallit bag.)

A good holster that protects the trigger is much more important than a manual safety, IMO.

There are several handguns on the market today that meet the requirements for concealed carry in a house of worship. For example, the P365 9mm pistol from Sig Sauer is small, lightweight and offers standard ten-round magazines – with an option of twelve or fifteen-round magazines. The P365 also comes with standard night sights. Buyers can choose between models with or without a manual safety and several excellent holsters are available.

Glock (Glock has three safety mechanisms, one within the trigger itself). It is my go to, what I’ve trained with the most. Simple, easy, reliable. I’d recommend a Glock 17 or 19, or M&P (Shield). People of faith are being targeted and they deserve protection.

I’d always go with a Glock 19. It’s super simple, concealable, holds 16 rounds, is accurate and reliable. It does not have a traditional safety though.

Simple, accurate, reliable. Those are the key.

There is no one-size-fits-all policy that every synagogue should specifically adopt, but generally speaking faith leaders need to work with their congregation to ensure that any attack in their house of worship is met with an armed response. That may mean simply allowing concealed carry holders to carry while they’re worshipping, or the establishment of a church security team consisting of congregants who’ve received additional training, and who may have a military, law enforcement, or security background.

I can’t recommend a certain make or model. I don’t even think it needs to be standardized. You need a handgun with stopping power, and I would say every person carrying for defense of the synagogue needs at least two magazines.

There are a ton of great options for 9mm handguns designed for carry. If you’re limited to 8 rounds, sub-compact single stack handguns. The Springfield XDs, Sig Sauer P365, Smith & Wesson M&P Shield, and Glock 43. Most of those firearms can be bought with manual safeties.

Anti-Semitism on the Rise:

Jews must be armed in synagogue, and they should be armed at all times outside of the synagogue. If some Jews don’t want to arm themselves, that’s their right. But any Jew who says that other Jews should not be allowed to arm themselves is wrong. Yes. They are wrong. And that includes your Rabbi.

Ultimately, Jews should train, and should carry in synagogue regardless of what their Rabbi says. Going home alive is the priority, and being able to protect and defend one’s self, and the ones you love, is paramount. Begin the debate here: How do you live the life God wants you to live if you are not alive, and don’t do everything in your power to stay alive?

[Editor’s Note: Proper use of a firearm, particularly in a high-stress emergency situation, requires a lot training, otherwise you endanger yourself and those around you. Never leave a firearm unattended or in an easily accessible location.] 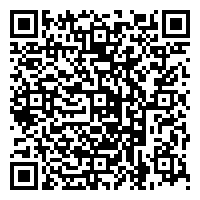