If the candidate whose fans chant the loudest—and jump up and down the most—will become winner of the Oct. 30 election for mayor of Jerusalem, then it seems that city council member Moshe Lion will be the City of Gold’s next leader.

At a debate earlier this week, held at the popular Zappa Jerusalem, which regularly hosts some of the best Israeli and international artists, the five candidates hoping to nab the seat of current Mayor Nir Barkat shared their plans for the city with upwards of 500 Jerusalemites. The event was organized by Israel Initiative 2020.

The top candidates—Lion (Our Jerusalem), whose fans wore blue and white, and sang incessantly and noisily throughout the two-hour event; Ofer Berkovitch (Hitorerut), who brought with him a mass of young people wearing sunlight-yellow T-shirts; and Jerusalem Affairs Minister Ze’ev Elkin (Jerusalem Will Succeed)—shared the stage with Deputy Mayor Yossi Daitch (Agudat Yisrael) and little-known former city attorney Avi Salman.

Jerusalem mayoral candidates (from left) Yossi Daitch, Ofer Berkovich, Moshe Lion and Ze’ev Elkin pose for a picture during a debate between candidates to the upcoming Jerusalem Municipality election on Oct. 21, 2018. Photo by Yonatan Sindel/Flash90.

With so many candidates running, polls indicate that none of the contenders will receive the 40 percent of the vote needed in the first round to become mayor, likely sending the two contenders who garner the largest share of the votes to a square off two weeks later on Nov. 13.

On election day in Israel, voters cast two ballots: one for mayor and another for the party they wish to represent them on their hometown council. According to Interior Ministry figures, some 6.6 million Israeli citizens and residents will be eligible to cast their votes in elections for some 251 city, town and regional councils nationwide on a day off for Israelis for the first time.

In Jerusalem, in addition to the candidates’ five parties, there are 14 other lists registered to contend for the city council’s 31 seats. Voter turnout for municipal elections is traditionally low. In 2013, the national average was 51.9 percent, with just 36.1 percent in Jerusalem.

Many young people turned out for the debate, a good sign in a city where, according to the Central Bureau of Statistics, more than 18,000 people left in 2015—mostly young singles and families.

A focus on business and urban renewal

All of the candidates are running on the same basic platform, focusing on affordable housing; economic development centered around wooing new businesses to the capital; improved transportation; preventing young Jerusalemites from relocation; and cleaner streets.

Berkovitch said that if elected, his first action will be to tackle economic development.

“We need to get this city out of poverty,” he said, promising to build a new business community in the capital.

To achieve this goal, Berkovitch said he will consolidate services needed to open small businesses, making it easier for young entrepreneurs to get required permits. He also said that he will help these businesses band together to more effectively promote themselves to tourists.

Berkovitch said he will push to integrate more haredi and Arab Israeli people into the workforce. Currently, only around half of ultra-Orthodox men work, according to a 2017 Israel Democracy Institute report. Haredi women are better integrated into the workforce, according to the Bank of Israel, with their employment levels nearly 70 percent in 2016, above the 60 percent OECD average.

Arabs remains disproportionately unemployed. A 2014 Bank of Israel report revealed that the unemployment rate among Israel’s Arab men is twice that of Jewish men and rising. Arab women are three times less likely to have a job than Jewish women.

When it comes to housing, the candidates say they plan to build … and build. Salman, for example, said he will take municipal land and re-zone it for long-term rental apartments, constructing 100,000 of them.

Elkin wants to build in existing neighborhoods like Har Homa, Ramat Shlomo and Pisgat Ze’ev. But he also wants to build new neighborhoods, including in areas where environmental groups would likely protest construction, like Mitzpe Naftoah and Reches Lavan in the Jerusalem Hills.

“There is plenty of room to build,” said Lion, noting that the reason there are not enough apartments is that construction has been delayed and mismanaged.

“The real question is how to make sure we build now and not in 20 years,” said the accountant and former Jerusalem Development Authority head. “I know how to manage people. When elected, I will immediately plan to build as many apartments as possible, with a focus on urban renewal.”

Jerusalem resident Yehoshua Pacht, who made aliyah from Colorado and now lives in Jerusalem’s Nachlaot neighborhood, said housing is one of his top issues.

“Just living here is expensive,” he told JNS. “I live in a little two-room thing for extreme prices.” Pacht said he will vote for Berkovitch because the candidate seems to have thought out his plan of action the most.

Daitch said he didn’t think there were major differences between his and the other platforms. What sets him apart is that he will “give a soul to the city.”

As he said, “We are all going to deal with apartments, business development and cleanliness. I will bring life and soul to Jerusalem.”

Daitch, who threatens to snare haredi votes committed to Lion by the Shas and Degel HaTorah parties—some 39 percent of the Jewish population in Jerusalem is ultra-Orthodox—said if he is elected, city residents will be governed by Jewish values.

“Jerusalemites will learn to respect each other,” he stated. “I will govern based on derech eretz kadma l’Torah,” meaning decency, respect and kind behavior coupled with Torah learning and observance.

Daitch contended that electing a haredi mayor who manages to serve all sectors would be a model for other cities. He said his supporters do not expect him to be partisan and called on voters not to judge him based on how he dresses.

“I am here to be a kiddush Hashem [sanctify God’s name], and to show Jerusalemites that a man who is haredi, [who] is a part of the haredi sector, can serve everyone.”

He seems to have persuaded at least one voter, Shira Levy, a resident of Jerusalem’s Abu Tor neighborhood. She told JNS she is voting for Daitch because “he answered his questions modestly and directly. He didn’t make a spectacle, and he’s not trying to impress anyone with all kinds of slogans.”

However, Daitch came under attack when asked how many women he has on his list, which is zero. He defended his position by saying that he respects his wife. Then he asked: “Does Shas have any Ashkenazim on its list? Ask Bayit Yehudi if it has any leftists on its list.”

In contrast, the other candidates filled around half of their top slots with women.

“I see women leading Jerusalem and bringing important elements to how I govern the city,” said Berkovitch.

Berkovitch, whose target voters are secular and liberal Orthodox residents, has worked to position himself as the candidate who will work with his haredi colleagues. His No. 2 is city councilwoman Einav Bar Cohen.

In general, male candidates outnumber women 10-1 in seeking leadership positions in the country’s municipalities. Some 665 men are running for mayor, compared to 58 women. Likewise, 119 men versus 14 women are running to be heads of regional councils. However, overall there are 750 more female candidates for city council seats this year than the last race in 2013.

There was much discussion about equality and unity during the debate, which also included questions about how they would help foster better understanding between Arabs and Jews, secular and haredim, right and left—and middle of the road.

“This is one of our biggest challenges,” said Elkin. “Jerusalem is a lab for the rest of Israel. We need to learn to live together, and together we can move the city forward.”

Berkovitch said he planned to build unity through a combination of economic and social policies, specifying that he would open new entertainment, culture and sports venues so people from all sectors can mingle during their leisure time. He also said that when people from different backgrounds and lifestyles work together, it builds solidarity.

“Everyone should feel safe here to have his own worldview,” he said.

Yet none of the candidates said they would be willing to change the status quo on religion and state. For example, when asked if they would allow public transportation on Shabbat, all said no.

“The status quo is what keeps us unified,” said Lion, defending his position.

Elkin agreed. “There will be no public transportation in Jerusalem on Shabbat, but Jerusalem will not be Bnei Brak,” he said, referring to the well-known haredi community in the center of the country.

Berkovitch skirted the question, saying that if it was in his hands, he would be open to the idea. However, “with the political situation in Jerusalem, the answer is ‘no.’ ” He also said he supports the Jerusalem Pride Parade but would not commit to attending.

Daitch and Salman both said that if elected, they would regulate the hours and activities of the bars and entertainment in the Machane Yehuda open-air market, which has become one of the most iconic attractions in the city but has plagued longtime residents—many of them Orthodox—with its crowds, noise and rowdiness.

So, who will the residents of Jerusalem choose?

“Many people are already supporting a specific candidate,” said leading Israeli venture capitalist Erel Margalit. “But many others are still making up their minds about who they are going to vote for.” 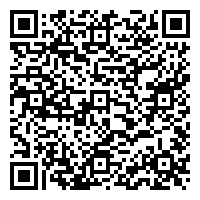