Twenty years ago, when I began to research the political power of non-governmental organizations (NGOs), particularly those active in the realms of human rights and international law, there was essentially no critical analysis of these groups. In contrast to other influential political actors, the academic discussion largely accepted NGOs’ self-definition as politically neutral promoters of liberal democratic norms. This “halo effect” extended to their donors, who, in providing resources to groups such as Amnesty International, Human Rights Watch, Oxfam, and more, were feted among the good and great of the world.


The essay by Ron Krebs and James Ron (“Why Countries Should Welcome, Not Fear, Foreign Funding of NGOs”, May 13), is consistent with the old image, but the reality of NGO political power is quite different. Increasingly, critics view these groups as powerful and polarizing players that lack accountability, other than to their donors. Notwithstanding universal altruistic pronouncements, when local political NGOs get significant funds from foreign governments, they are readily labeled by those with different views as representing the particular interests and perspectives of outsiders.

In the Israeli case, which features prominently in the Krebs and Ron’s essay, out of over 200 active NGOs with human rights and IHL agendas, 39 from a very narrow part of the political spectrum have received more than 500 million shekels (about $150 million) over the past five years. (Most other groups report less than one-tenth that amount.) Two-thirds of this largesse comes from the European Union and Western European governments (this information is available via the Israeli Registrar for Nonprofits). All 39 of the Israeli grantees stridently oppose the government’s policies regarding the West Bank, and a number promote allegations of “war crimes” and apartheid. Together, they form a network that includes coordinated activism and shared characteristics.

This is a huge budget, and dwarfs the donations received by the NGOs that are not part of the network. Many also receive funds (approximately $10 million annually) from U.S.-based private donors identified with the political left, such as New Israel Fund, the Open Society Foundation, and the Rockefeller Brothers Fund. Conservative donors channel parallel amounts to right-wing Israeli NGOs, which would produce a rough balance between the two poles, but the much larger foreign government grants, which total on average $20 million a year, disrupt this equilibrium.

Furthermore, the processes by which European donors decide which groups to fund are conspicuously opaque, and Freedom of Information requests for meeting summaries, particularly pertaining to Israeli and Palestinian NGOs, are routinely denied. This secrecy is highly unusual in the context of state budgeting and inconsistent with the democratic principle of transparency.

Beyond this secrecy, critics note the closed and undemocratic practices of many NGOs, such as the absence of checks and balances inherent in formal politics. Decisions regarding NGO agendas and distribution of resources (the number of reports, videos, etc. planned on each actor in a given year, for example) are made behind closed doors, with no accountability to anyone other than perhaps the donors. And in many cases, the bureaucracies responsible for distributing funds lack the resources or interest in performing due diligence, as recently demonstrated when a number of European governments were made aware of connections between NGO grantees and terrorist organizations. After years of grants totaling tens of millions of dollars, they cut off the funding.

In addition, when, as in the Israeli case, external government funding empowers a few selected actors playing very visible roles on highly polarized issues (borders, war and peace, etc.), they gain a distinct advantage over others in the marketplace of ideas. Special interest NGOs with large budgets lobby politicians, buy extensive media coverage, hold events, and flood the courts with political cases, generating more media attention for their cause. This imbalance is amplified by the extensive use of foreign government funds in seeking to influence Israeli institutions and public opinion from outside the country.

Tellingly, Krebs and Ron also omit any reference to national sovereignty. This factor is crucial to understanding the responses to foreign funding in Israel and India, where large-scale support from outside governments for favored political advocacy NGOs echoes the legacy of European colonialism. Legislation has been introduced to restrict such funding or the activities of the recipients, and a number of Israeli political leaders have facetiously suggested giving grants to NGOs involved in various European separatist movements in order to highlight the issue. How would the European officials react, they ask, if the NGO shoe was on the other foot?

When outside governments funded influential think tanks or political NGOs in the United States to oppose the death penalty, the backlash was sharp. For example, Congress began requiring individuals and institutions involved in testimony to declare any foreign funding provided for related research. In Ireland, legislation gives the government authority to force the return of foreign NGO funding designed “for political purposes,” including “to promote or oppose, directly or indirectly … a particular outcome.” This indeed occurred during the recent referendum on abortion, when donations from George Soros’ Open Society Foundation to local NGOs opposing the existing prohibition were blocked.

Israeli critics also note the extent to which ostensibly local or “authentic” NGOs, to use Krebs and Ron’s terminology, travel the world marketing their private foreign policies, under the heading of human rights and international law. When an official of an Israeli group such as Breaking the Silence justifies this tactic as necessary to “correct bad policies,” others, including commentators generally sympathetic with their objectives, see this means as highly illegitimate.

Using the largesse provided by European governments, these Israeli groups appear before influential audiences at the United Nations, European Union, and International Criminal Court frameworks, and at parliaments, churches, universities, and media platforms. Citing the NGO allegations, faculty in European universities have banned Israelis from classrooms (including some of my former students), and pulled Israeli products off shelves, chanting “war criminals” and apartheid slogans. Other Israeli NGOs (also “authentic”) that vehemently disagree with the narratives and policy prescriptions are shut out from these platforms because they lack the resources for high-impact political tours.

This form of external manipulation and the image of NGO officials as de-facto “lobbyists for foreign governments” reinforces pressure for responses, in order to level the artificially uneven playing field. The Israeli law criticized by Krebs and Ron requires NGOs that get most of their budgets from foreign governments to make this transparent. This is hardly draconian. The law appears to target groups from one end of the political spectrum, but foreign governments only fund that the NGOs at this end.

The power of these NGOs is illustrated by the Norwegian Refugee Council’s Information Counseling and Legal Assistance (ICLA) program, which is funded by the UK, among others, in support of Palestinian land claims against the Israeli government. ICLA’s 2016 budget was $7.5 million and distributed to the usual NGO suspects in order to finance hundreds of lawsuits. (One NGO lawyer referred to flooding the Israeli courts in this campaign.) At the same time, the NRC, EU, and other funders run the West Bank Protection Consortium, which funnels additional sums to the same NGOs for more court cases. And all of this activity, which is a small part of the overall NGO picture, takes place without transparency. Freedom of Information requests in the UK and EU regarding the payments to the different NGOs participating in these lawsuits have been refused, first using technical excuses (too many documents, too long a period, etc.), then claiming that disclosure would harm the supposed “commercial interests” of non-profit organizations, and finally citing ostensible damage to “national security.”

For all of these reasons, European funding for Israeli NGOs is unusual, but each situation has its own complexities, making blanket comments problematic. In India, Hungary, and Ireland, most external NGO funds come from private donors (the Ford Foundation, Rockefeller Brothers Fund, George Soros, church groups, etc.) which pose issues that are different from those involved in state funding. What these and other countries share is the concern that massive external funding for a very narrow group of unaccountable and polarizing NGOs is in fact corrupting the democratic process in whose name they claim to speak. Similarly, the halo effect, which protected powerful NGOs from detailed criticism for far too long, does not serve the cause of democracy. 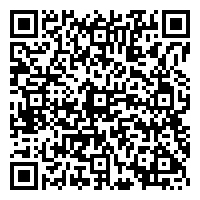