The criticism attending the swift and inconclusive ending of the last round of fighting in Gaza is hardly new. In a way, it recalls the disappointment with a boxing match that failed to produce a clear knockout. Yet for all the disappointment with the IDF’s failure to deal Hamas a crushing blow, one must ask whether such a result would have been in Israel’s best interest at the moment. Unlike in the boxing ring, the answer to this question must be judged in a wider strategic context.

On the morning of May 30, before it transpired that the latest round of hostilities was over, the road from the Yad Mordechai junction to the towns of Sderot, Ofakim, and Beersheba was bustling with the usual morning traffic of cars and trucks. Daily activities in all walks of life – from business, to agriculture, to industry, to construction, to education – continued apace in defiance of the barrage of rockets and mortars.

On the other side of the borderline, the Hamas leadership similarly strove for a swift end to the fighting, but the impetus for this did not stem from a desire to return to normalcy, for the advent of civil society and socioeconomic progress and prosperity in the Gaza Strip has long been stymied. As early as the summer of 2006, some six months after Hamas’s sweeping victory in the Palestinian parliamentary elections, Ghazi Hamad, spokesman of the Hamas-controlled Gaza government lamented: “What has become of Gaza? A sad and miserable place, its blood flowing, its tears streaming, its polluted streets smell of despair. We have been infected with the idiocy virus, so much so that we roam the streets without looking right and left.” Hamad continued to lament the Strip’s destruction and despair for years, but his persistent criticism had no impact on either his fellow Hamas leaders or the Gaza population at large, repressed and indoctrinated for over a decade with Hamas’s malignant propaganda.

Therein lies the fundamental difference between the Israeli interests and those of Hamas and its champions. As far as Israel is concerned, winning the Gaza confrontation means restoration of security and stability to daily life in the frontier communities. For Hamas and its Iranian patrons, by contrast, victory means precisely the opposite: namely, undermining the tranquility and stability Israel so desperately needs. This is the context in which the extent of Israel’s success in attaining its goals in the last round of hostilities must be judged.

Among leftists who advocate the toppling of Hamas, such as former cabinet minister Haim Ramon, and right-wingers who yearn to see the IDF win “once and for all,” there is a common expectation for a final decision of the conflict. Both bemoan the temporality of the recent respite in the Hamas-Israel confrontation. The truth, however, is that the Gaza problem is complex, and complex problems tend to have only temporary solutions.

Henry Kissinger used to quip that “a solution of the existing problem opens the door to tomorrow’s problem.” Were Israel to conquer Gaza, overthrow the Hamas regime, and transfer power in the Strip to the Palestinian Authority (PA) – would such a development be in its best interest?

Clarification of this issue requires consideration of three interrelated aspects, first and foremost the question of timing: is a decisive move against Hamas desirable for Israel in the existing strategic circumstances? Then there is the question of feasibility: is there a reasonable chance that the move will bring about the desired stability? In the autumn of 2001, for example, the US-led international coalition in Afghanistan defeated the Taliban forces within three weeks; yet since then, despite huge material and human investments, there has been no stability in the country. Similarly, the US-led campaign against ISIS in Mosul (2016-17) took some nine months; there is no certainty that a similar campaign in Gaza will be much shorter.

Finally, there is the question of congruence with Israel’s overt and covert interests: is the sacrifice of many Israeli lives for the PA’s reinstatement in Gaza justified given that body’s endemic weakness vis-à-vis Hamas on the one hand, and its adamant rejection of Israel’s right to exist despite the 25-years-old Oslo Accords, on the other?

It is here that the proponents of the two-state solution, with the attendant withdrawal to the pre-1967 lines and the partition of Jerusalem, and that option’s staunch opponents part ways. And as long as this historic debate remains unresolved, the question of Hamas’s continued rule in Gaza will take a back seat. 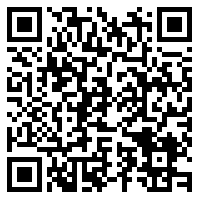