It began as just another exercise in political academic wackiness at Hebrew University. A graduate student there claimed that the absence of any history of rapes of Arab women by Israeli soldiers proves that Jews are racists and oppressors, people who do not even regard Arab women as sexually desirable. The student at the Mount Scopus campus and her “research” were then awarded a university honor for these impressive “discoveries.”

Facing a storm of public outrage, the president of Hebrew University, Prof. Menachem Magidor, and the Rector, Prof. Haim D. Rabinowitch, jointly issued an announcement defending the student and dismissing those who expressed outrage over the contents of the thesis.

I have read the entire rape thesis in Hebrew (you can too, if you read Hebrew, at www.upfree.net/3100688). It is a disgrace and an embarrassment for all of Israeli academia. Tal Nitzan was a graduate student in anthropology at Hebrew University. Her thesis was supervised by anthropology professor Eyal Ben Ari and Dr. Edna Lomsky-Feder. The thesis was, evidently, also supported by anthropology professor Zali Gurevitch, head of the Shaine Center, who defended it to the media and made the decision to honor it.

Nitzan’s thesis is largely a collection of tiresome feminist rhetoric and postmodernist gibberish, not all of it related to rape. Nitzan begins by noting that one should distinguish between organized military rape directly ordered by authorities as a matter of policy, such as in the Bosnian wars, and individual acts of rape by soldiers, which she labels with the nonsensical term “symptomatic rape.”

She asserts that the first kind of rape is a form of political policy, whereas the latter kind (the “symptomatic”) is a “direct result of the blurring of social divisions and ethnic-gender barriers.”

She confirms that the first form of organized rape has never been the policy of the Israeli army but says the second form, individual “symptomatic rape,” has replaced the former as a method of humiliation and oppression of Arabs, even when – especially when – Israeli Jewish soldiers do not do it at all.

In short, she concludes that by not raping Arab women, Jews show just how racist they really are.

Nitzan argues that abstaining from rape is just as inhumane and oppressive as “symptomatically raping” and in fact replaces it because it just serves to reinforce the intolerance felt toward Arabs by Jewish soldiers, who think of Arabs as so inferior and horrid that they do not even feel a compulsion to rape them. Really. While giving some shallow lip service to how the “question” of rape refusal is “very complex,” Nitzan’s own “answer” is quite simple and straightforward – it reflects Jewish racism against Arabs.

Israel, you see, is so racist and anti-Arab that abstaining from rape is part and parcel of its determination to enforce rigid “lines of division.” She asserts that individual soldiers who refuse to rape represent an intentional policy of oppression roughly similar to when governments order mass rape, because in both cases the “policy” serves to subordinate and dehumanize the oppressed victim population.

The thesis draws its “scientific” conclusions from interviews with 25 reserve soldiers, ages 23-32, who served as combat troops in the “occupied territories” during the intifada. None of the comments by any of these soldiers supports or provides any confirmation, even the most indirect, to any of the lunatic conclusions reached by Nitzan.

Most of the interviewees’ comments concern the day-to-day tactics and experiences of the soldiers. Nitzan asked them why no Arab women are raped by Israeli troops. Their responses varied, ranging from assertions of ethical awareness to effective disciple. Some noted the presence of reporters or of NGO groups in the areas of conflict.

But since when is interviewing 25 random soldiers a scientific way to go about answering the question? The soldiers are neither social scientists nor criminologists. How an MA degree could be awarded to anyone on the basis of her having conducted 25 such interviews is one of the mysteries that Hebrew University authorities have yet to explain. The thesis is totally devoid of statistical analysis or empirical testing. 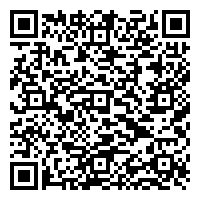