In what has become a one step forward, one step backward dance by the Bulgarian government about whether or not Hezbollah was responsible for the deadly July, 2012 bombing of a tourist bus outside the resort town of Burgas, the dance added another step forward this week.

Although a Bulgarian government leader recently seemed to step back from the country’s initial finding that Hezbollah was behind the July, 2012 bombing of a tourist bus outside of the resort town of Burgas, which killed five Israelis – including a woman who had just learned she was pregnant for the first time – and a Bulgarian bus driver, the recent presentation of yet another connection between the Lebanese Shia terrorist group and the bombing should put to rest any doubt about who perpetrated the act of terrorism.

A Bulgarian representative to the European Union said earlier this week that investigators have discovered that a Hezbollah operative was the owner of a printer used to produce fake documents that facilitated the July 19, 2012 bombing.

“The Bulgarians put new evidence on the table during this meeting,” a diplomat quoted by Reuters said. “Their representative said the printer had been sold to someone from Hezbollah.”

The reason it matters so much whether this particular act of terrorism is recognized by a European country as one committed by Hezbollah, is because to date the European Union has refrained from placing Hezbollah on its official list of terrorist organizations.

The European Union is made up of 27 countries, and every member country has to vote in favor of placing an organization on the EU’s terrorist organization list.  But once that were to happen, Hezbollah’s bank accounts would be frozen, and the organization and its supporters would be barred from raising funds for the group anywhere in the European Union. Incredibly, until that happens, one can legally host, or simply contribute to, a Hezbollah fundraiser in most places in Europe.

Speaking at a press conference before meeting with the EU foreign policy chief Lady Catherine Ashton, Israeli Prime Minister Benyamin Netanyahu said he finds it hard to understand exactly what is a terrorist organization, if not Hezbollah.

Netanyahu gave similar remarks when he was in Poland earlier this month.  Poland is also understood to be reticent about placing Hezbollah on the EU’s terrorism list.

The United States placed Hezbollah on its Foreign Terrorist Organization listing in the mid-’90’s. In 2010, the Obama administration described Hezbollah as “the most technically capable terrorist group in the world.”

“Hezbollah is one of the world’s most dangerous organizations. After al Qaeda, it is responsible for the most deaths of American citizens. Unfortunately, the European Union has not yet designated Hezbollah as a terrorist organization, ” said Lamborn, who is co-chair of the Congressional Israeli Allies Caucus.

Britain, France and Germany are on record as supporting the placement of the Shia terrorist group on the official list of terrorist groups, but resistance remains in some quarters.  Italy, Austria, Finland and the Czech Republic are considered the EU members which most strongly oppose naming Hezbollah as a terrorist group.

A decision about whether the EU will officially name Hezbollah a terrorist organization is expected before the end of 2013. 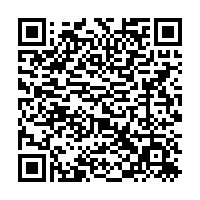