(JCPA) After three rockets were fired at Israel from the Gaza Strip on Dec. 7, 2019, the Israeli military said in a statement that it had launched retaliatory airstrikes targeting military camps and a naval base belonging to the Hamas terrorist organization.

Some 2,600 rockets and mortars have been fired into Israel from Gaza over the past two years. These are not crude Qassams—metal tubes filled with fertilizer explosives built in a garage workshop. Hamas now has home-grown rocket production lines in Gaza, as well as a drone workshop to produce knockoff Iranian surveillance and weaponized unmanned aerial vehicles (UAVs). It continually conducts tests, firing rockets out into the Mediterranean, in an attempt to improve the accuracy and range of their designs.


While Hamas has made extraordinary efforts to establish its local arms industry, it still must receive infusions of weapons and technology to sustain its war against Israel. Certain components, such as fiberglass, targeting kits and surveillance equipment for drones, are beyond its ability to manufacture. And the terrorist organization faces some significant challenges in this regard.

In December 2016, Hamas aviation engineer Mohamed al-Zouari was shot and killed in Tunisia. An aerial drone specialist, al-Zouari was also developing unmanned underwater vehicles (UUV) in Tunis, according to published reports. One of the missions Hamas likely had in mind for these UUVs is attacking Israeli pipelines and offshore gas platforms off the Haifa coast.

Another Palestinian engineer, Fadi al-Batsh, was killed in Malaysia on April 20, 2018. At his funeral in Gaza, he was eulogized as an “engineer commander” of Hamas’s Qassam Brigades, and by another speaker as a commander in the Palestinian Islamic Jihad terrorist organization.

Truck convoys bearing weapons believed to have been headed to the Egypt-Gaza border were hit in Sudan in 2009 and 2012 by aircraft, presumably Israeli. Iran, too, has attempted to provide munitions to Hamas, via huge shipments aboard cargo vessels like the Klos-C (2014) and the Victoria (2011) and through tunnels that originate on the Egyptian side of the Gaza border.

The ships were intercepted, and it is believed most of the supply tunnels were destroyed by Egypt and Israel, though there is little doubt that some subterranean smuggling continues.

However, it appears that Hamas and its Iranian patron may have found an answer in the experiences of international drug cartels, North Korea and Iran—all of which have developed low-profile, “semi-submersible” and mini-submarine vessels for smuggling or insertion of special forces.

For Hamas, naval operations are nothing new.

For several years, flotation devices and barrels filled with weapons were dropped into the waters off the Gaza coast and then picked up by Gazan operatives using fishermen’s boats. (This may explain why Israel is forever changing Gaza’s fishing boundaries.)

‘A ‘blue tunnel’—from land to sea

Hamas takes great pride in its naval commandos; during the 2014 Gaza war, several units were dispatched from Gaza to attack Israeli communities. They were all intercepted on the beach and killed. Today, the naval commando unit is considered by the Palestinians to be one of Hamas’s most elite forces.

Despite the failures in 2014, Palestinian factions in Gaza continue to train and extol their naval commandos. In 2017, Israel intercepted wet-suits hidden among shipments of clothes permitted to enter Gaza.

The bases of these naval commandos, including the one targeted on Dec. 8, may not attract general attention, but are very prominent on the target lists of the IDF. Why?

On May 30, 2018, the IDF spokesman reported that an Israeli “strike significantly damaged the operations of the Palestinian Islamic Jihad’s naval forces in the strip.”

Hamas’s naval force, too, “was damaged significantly, and a significant portion of its bases and facilities for producing its specialty weapons were destroyed,” said the spokesman. Another account stated that Israel had targeted “advanced maritime weaponry,” possibly referring to UUVs.

In June 2018, Israeli planes destroyed a Hamas tunnel on the Gaza coast that opened under two to three meters of water in the Mediterranean. An IDF spokesman explained that the tunnel would allow Hamas naval commandos to embark on missions against Israel without being detected.

“Hamas has invested a lot of resources in the construction of this tunnel,” a Navy officer said at the time. “We consider it a ‘blue tunnel’—from land to sea.”

On Sept. 8, 2019, Israeli fighter jets and a drone “struck a number of Hamas military targets, including offensive naval equipment and two military compounds,” the army said.

On Nov. 2, 2019, the IDF said it had targeted “a wide range of Hamas terror targets,” including a naval base, a military compound and a weapons manufacturing plant.”

On Nov. 13, 2019, Israeli Navy ships also bombed a training base used by PIJ’s naval commando unit, which was also used to store weapons, according to the military.

A tunnel could also be an effective route for entering Gaza undetected, for smuggling weapons or missile components into the coastal enclave.

Consider the following: In 2015, the U.S. Border Patrol arrested a drug smuggler in a wet-suit attempting to smuggle cocaine into the United States from Mexico via an underwater tunnel near Calexico, California. U.S. authorities had discovered several dry cross-border tunnels, some stretching hundreds of meters, between the two countries, but never before an underwater tunnel.

Besides Hamas and PIJ frogmen using underwater tunnels to enter and exit Gaza, such tunnels could serve as smuggling routes. Are Hamas and PIJ commandos meeting offshore with mini-subs, semi-submersibles or underwater buoyancy-controlled sleds?

While the risk of Hamas and PIJ launching naval commando raids against Israeli targets both on and offshore cannot be dismissed, the hundreds of frogmen in their employ may be serving as underwater stevedores bringing weapons into the Gaza Strip. 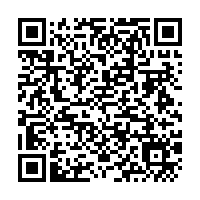