Though both teams advanced to the second round on Wednesday due to the strength of the Netherlands’ defeat of Chinese Taipei, the win gives Israel the top record in Pool A. The runner up will be drawn from Pool B, when the next round begins March 12 in Tokyo.

Israel, which came into the classic ranked 41st in the world — the only team in the tournament not in the top twenty — has beaten third-ranked Korea, fourth-ranked Chinese Taipei, and seventh-ranked Netherlands to continue its improbable run.

Israel jumped out to a quick 3 – 0 lead in the first inning on a Freiman double, a Zach Borenstein ground out, and a Ryan Lavarnway single. The Netherlands got a run back in the top of the third when Red Sox shortstop Xander Bogaerts grounded out. Israel made it 4 – 1 when Zach Borenstein grounded into a double play with bases loaded.

The Netherlands rounded out the score in the top of the eighth when Orioles second baseman Jonathan Schoop reached on an error with the bases loaded. Israeli reliever Josh Zeid then induced a double play ball from Yankees shortstop Didi Gregorius, ending the inning and escaping the jam. Zeid concluded the game, pitching a scoreless ninth and striking out Randolph Oduber to earn his second save.

Catcher Lavarnway, who is a non-roster invitee to the Oakland Athletics, won the MVP award for the Pool A round, hitting .556 with a .692 on base percentage and .889 slugging percentage.

The game also featured the tallest matchup in professional baseball history, when Israel’s 6′ 8″ first baseman Nate Freiman faced 7′ 1″ reliever Loek Van Mill of the Netherlands in the eighth inning. Freiman walked on a low outside pitch. 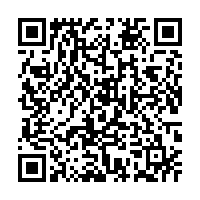