There are some important things to know about the Iranian cargo shop Iran Shahed, which left Bandar Abbas, Iran on 11 May and expects to get to the Houthi-held port of Hodeidah, on the Red Sea, on 20-21 May. Iran claims the ships is carrying only humanitarian-aid cargo.

1. The ship itself is on the U.S. Treasury list of vessels and shipping entities under sanction due to complicity in arms proliferation.

2. We aren’t going to do anything about that.

3. The Saudis have imposed a blockade on Yemen and are determined to prevent the importation of arms (i.e., from Iran to the Houthis) by air or sea.

4. Iran is escorting Iran Shahed with naval ships, and has basically threatened to fight if the Saudis try to stop the ship.

5. There are two Americans riding Iran Shahed, along with activists from France and Germany, and members of the Iranian media – because in radical circles, the ship’s mission is now a cause célèbre like the occasional “flotilla” attempts to break the blockade of Gaza’s coast.

Little information is being retailed in the mainstream media on this, however.

The ship Iran Shahed was built in 1999 and spent its first six years as M/V Radesingel. In November 2005, Valfajr Shipping Company changed the name to Iran Shahed. In September 2008, based on George W. Bush’s Executive Order 13382, issued 28 June 2005 (see the text here), Iran Shahed was placed on the U.S. sanctions list, along with all of the ships operated by the Islamic Republic of Iran Shipping Line (IRISL) and its subsidiaries (which include Valfajr Shipping).

Interestingly, Iran Shahed is one of very few sanctioned ships that have not changed names, ownership, or flag since the 2008 designation by the U.S. Treasury. (See this Reuters special report from 2012.)

But Iran Shahed did make another supposed “humanitarian” support run during an earlier conflict. In the middle of Operation Cast Lead in Gaza in January 2009, Iran Shahed attempted at least twice to reach the coast of Gaza, on 13 and 14 January. The IDF prevented the ship from getting closer to the coast than 20 nautical miles. Egypt wouldn’t allow the ship to put into the port of El Arish, just across the Rafah border crossing from Gaza, and eventually it left the area.

(Iran Shahed’s drama was wholly overshadowed a week later when Cypriot-flagged M/V Monchegorsk, bound for Syria, was inspected by the U.S. Navy in the Red Sea and found to be loaded with 55 crates of mortar shells coming from Iran. The U.S. prevailed on Cyprus to divert the ship, and its prohibited cargo – which violated UN sanctions – was finally offloaded in February of 2009. It sat in a warehouse for over two years, and eventually figured in a huge explosion in Cyprus in 2011. See here and here.)

There are multiple dimensions to the arms proliferation issue attending Iran Shahed’s voyage to Yemen. One is the embargo imposed by the Saudis, who want to prevent Iran from arming the Houthis, and who will insist on boarding the ship and inspecting the cargo. The U.S. is not a party to the Saudi coalition, and there is nothing to indicate we will assist its enforcement.

The second is UN sanctions on arms deliveries to the Houthis, which were agreed to by the Security Council in April. Effectively (see below), the Saudi-led coalition is the only armed force actually engaged in implementing those sanctions. 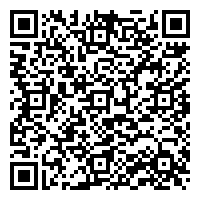