The developments in Iran are so remarkable at this point that it wouldn’t surprise me to see a significant change in the regime, or a credible harbinger of change, in the next 2-3 days.


I’m not predicting such a change.  But I am saying I wouldn’t be surprised to see it.  Things are moving fast.

I promised you a timeline in the title, and that is further below.  The grab-bag of updates here is not the timeline.  I think you’ll find it worthwhile sticking around.

The individual updates are astonishing.  First, a map view of how widespread the protests are.  They’ve been spreading across Iran since Thursday, 28 December.

They are growing in dozens of cities.  Some Iranians are pointing out how important it is that they are strong and growing in the peaceful, loyal hinterlands analogous to “flyover country” in America.  In other words, this is not a single, urban demographic; this is the whole nation.

Regime security forces have now felt it necessary to use lethal force, and appear to have killed as many as seven protesters, possibly in two locations (Khorramabad and Doroud; since Doroud is near Khorramabad, this may refer to the same incident, and mean only 3-4 deaths have occurred).

Not clear where this occurred:

At least one small city – the whole city of Kashan – is said to be under the control of protesters as of Saturday evening.  There is no word on whether that situation has remained static.

Reports that Iranians have taken over the city of Kashan #IranUprising pic.twitter.com/ZK80dmDZKa

Access to the Internet has reportedly been shut down by the authorities.  That happened in the late morning in the U.S. on 30 December, so it was later in the day on Saturday in Iran.

This is something the U.S. can help protesters with.  There is no need to go into detail on that; I hope the Trump administration is moving on it with alacrity.

I did notice a drop-off in longer videos and original tweets from inside Iran, after the report that the Internet was shut down.  Much shorter video clips seem to be coming now from a few tweeps who apparently are still able to receive updates from inside the country.

In a relatively recent development, it was reported that protesters have taken over a radio station in the town of Arak, near Tehran.

That is interesting and significant, if it’s true.  Arak is the site of Iran’s contentious plutonium reactor (including the heavy water production plant for it), and at any time is swarming with regime security presence.  Protesters gaining control of an infrastructure element like a radio station in Arak would be a sign of at least audacity by the protesters, and perhaps organization and ability as well.

We’ll see what comes out of that if there is follow-on reporting.

A report is also circulating that a top member of the clerical council in Qom – the council headed by Ayatollah Khamenei – has expressed support for the popular protesters.  That doesn’t mean anything specific is going to be conceded to the protesters.  But it does mean, at the least, that at least some on the council see a need to appease the people.  Perhaps it even portends genuine empathy with their position and concerns.

In nearly 40 years, I don’t recall ever seeing the council evince such a need to adapt before.  It would presumably be because the protesters are boldly tearing down banners with Khamenei’s picture and burning them, right in front of armed security forces.

They’re doing the same thing to posters of Qassem Soleimani, the head of the IRGC Qods Force who a week ago was thought to be one of the most popular regime figures in the country.

And the Islamic Republic version of the Iranian flag:

There are reports from across Iran of crowds chanting blessings on Reza Pahlavi, the son and heir of the late Shah (who lives in the United States).

And the cry is being repeated across the country that Khamenei should step down, the people don’t want an Islamic Republic, and they are sick of the regime putting the nation’s resources into Hezbollah and foreign wars.

They have even shouted “Death to the Revolutionary Guard!”

Meanwhile, this is an interesting look at the attitude reported from Iranian army troops.

The strange case of the mainstream media

One particular aspect of this situation is starkly astounding.  The major media in the U.S. (and the larger West) have finally started covering it.  They have no one on the ground in Iran reporting for them.  But instead of conveying accurately the picture emerging from the sources we all have access to, they are silent about it, declining to acknowledge what the picture actually looks like.

It would be one thing if they relayed that picture and expressed reservations or skepticism.  Some editorial commentators and analysts are doing that.  Others, equally seasoned and credible, believe the picture is accurate.  That’s all fair enough.

But astonishingly, major outlets CNN and the New York Times on Saturday went further, not only declining to report the information coming over social media, but actually using images and information themes from the Iranian regime – as the basis of their own coverage.  In other words, they repeated the Iranian regime propaganda as if it were news they were certifying.

Thus, if you went by their reporting, you could easily think there were only a few “scattered” protests on Friday, followed by a pro-regime rally on Saturday, and little else.  The pro-regime rally seems to have involved about 2,000 people – nowhere near the numbers turning out for three days in a row to mount anti-regime protests in dozens of Iranian cities.

There is no predicting where this will leave us in a week.  But here is the timeline I promised you at the beginning.

For months now, progress against ISIS inside Syria has seen Iran-backed militias edging closer to Israel’s northern border alongside Syrian regime troops.  In early November, a tentative ceasefire framework was reached by Russia, Jordan, and the U.S. that would allow the Syrian regime – and hence Iran-backed forces – to occupy and control territory as close as 10 kilometers from Israeli-held territory in the Golan Heights.

Israel registered a firm objection to that.  But in December, Syrian and Iran-backed troops were working their way toward the fateful line.

On Wednesday, 6 December, Trump affirmed U.S. recognition of Jerusalem as Israel’s capital, and announced that he would move the U.S. embassy there.

The weekend of 9-10 December, however, a border tour in southern Lebanon by the commander of an Iran-backed militia did nothing to allay Israeli concerns about the advance of Iranian armed power.

The following week, a spate of news and think-tank reports highlighted Israel’s ongoing objections to the situation in Syria and Lebanon, and the warnings from Netanyahu that Jerusalem could not stand by for more dangerous developments.

A seminal but virtually unnoticed event occurred that week (the week of 11 December), when the U.S. made its last monthly payments to anti-Assad Sunni militias in the “Southern Front” area of Syria; i.e., Quneitra and Daraa provinces on the Syrian side of the Golan.  The practical meaning of that is that the resistance to the Syrian regime and Iran-backed militia forces in that area dropped off considerably after mid-December.  (The move by the U.S. was part of the ceasefire framework negotiated with Russia and Jordan in November.  Basically, we agreed to stop funding the fight against Assad and Iran in that part of Syria.  The map below, from 2016, is for orientation; its depiction of force dispositions is more than a year outdated.)

By 24 December, the troops of Assad and the Iran-backed militias were assaulting the last (Sunni) rebel-held enclave in Quneitra from positions east and south of Beit Jinn, which lies about 7 miles from Israel in the Golan.

On 27 December, the Syrian regime and Iran-backed militia forces were reported to be “on the verge” of capturing Beit Jinn.  Eliminating all resistance in the village would give them full, unimpeded control of the Quneitra border area with the Golan. Their armed forces would be without opposition, 7 miles from Israel.

On 28 December, the massive protests in Iran began.

The Iranian regime is now preoccupied with internal problems on a scale it has not seen since its installation in 1979. 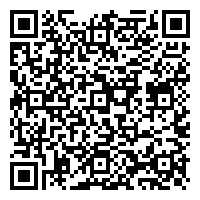