According to a video reportedly posted by the Free Syrian Army, the Syrian rebels have their own chemical weapons to match Bashar Al-Assad’s – and you get to watch two rabbits die to prove it.

This link is to the video posted at YouTube.  But Breitbart has helpfully loaded the video to its post on the topic today, so you don’t have to sign in at YouTube to watch it.  Warning: extremely graphic content showing horrible suffering of animals.

After apparently setting off the chemical agent in a glass box containing the hapless rabbits, the speaker in the video issues this warning (translation cited at Breitbart):

You saw what happened?  This will be your fate, you infidel Alawites, I swear by ALLAH to make you die like these rabbits, one minute only after you inhale the gas.

Breitbart speculates that the chemical used on the rabbits is a nerve gas, due to its observable effects.  That’s a good guess.  The close-ups early in the video, of potassium chlorate and sodium nitrite containers, show explosive agents that could be used to disperse the toxic chemical.  This latter is actually interesting, as it seems to suggest that the rebels or their terrorist compadres have the capability to build their own chemical weapons.

They may not have to do that, however.  In the back-and-forth battles across Syria over the last year, it’s not impossible that the rebels have gotten hold of weapons from Assad’s own stash. They could also have weapons from Saddam’s Iraq that didn’t go to Syria before the 2003 invasion, but were taken by terrorists afterward, on an opportune basis.  (In the immediate aftermath of the invasion, there were numerous reports of chemical agents and weapons turning up fields and barns around central Iraq.  The likelihood of these items getting directly into terrorist hands is high).

It’s no apology for Assad, whose brutality is well-known, to observe that the Syrian rebels have had connections with terrorists from the beginning.  According to CNN this week, the State Department is planning to designate the Al-Nusra Front, a radical Islamist group associated with the Free Syrian Army, as a “foreign terrorist organization.”  Al-Nusra was responsible for a spate of attacks in Aleppo in October that killed dozens of civilians.

But Al-Nusra’s contribution goes well beyond that.  Daniel Greenfield points out at FrontPage that the Free Syrian Army “relies heavily on Al-Nusra, and a lot of FSA victories have really been Al-Nusra victories.”

Meanwhile, however, the “new opposition coalition” fighting for Syria, whose unity was solidified in mid-November, isn’t much of a step forward.  Its leader is Moaz al-Khatib, a Muslim Brotherhood member with a history of anti-Semitic, anti-Western statements, who has castigated as “revisionists” fellow Muslims (like Alawites) whose beliefs differ on the margins, and who believes that the bombing of Israelis is “evidence of God’s justice.”  Al-Khatib admires Yusuf al-Qaradawi, spiritual leader of the Muslim Brotherhood, who encourages Muslim nations to acquire nuclear weapons and “terrorize their enemies.”  Western media naturally refer to al-Khatib as a “moderate.”

With Al-Nusra and the new opposition coalition duking it out for Syria against Iran and Assad, Greenfield puts it this way: “Syria is coming down to a race between the Iranian allied Syrian government, the Muslim Brotherhood and Al Qaeda.”

That’s, er, a comforting thought – and one the Russians had a long time ago.  There is no such option as leaving the Syrians to their own devices.  There is only leaving them to the Muslim Brotherhood, to a cadre of Salafi terrorists, or to the brutal ministrations of Iran and Assad.  At least we can probably count on the Muslims Brotherhood to refrain from making bunny-snuff videos. 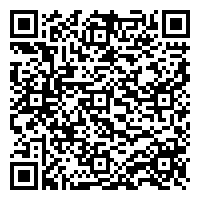