We’ve been here before over the last half-century – dealing with the same party division – and the party has eventually rallied each time.  When the party rallies and gets the vote out nation-wide, it does so around more-conservative as opposed to less-conservative candidates.

But the stakes haven’t been this high for the future of republican government, and the condition of the national union in general, since 1860.  There is reason to be concerned that the GOP may not find a way, in the next several years, to rally around a unifying leadership or set of priorities.  For too many conservative, limited-government Republicans, it has begun to look like insanity, to keep voting for party-backed GOP candidates and hoping for a different result.


That doesn’t mean anyone is surging to the fore with an identifiable plan for forming another party or establishing unchallenged dominance with a “coup” in the GOP.  The GOP itself wasn’t born overnight – and the tugs of inertia, convention, and familiarity are very strong.

But there is an urgency I haven’t seen before to the push among limited-government voters for a correction of our national course.  Meanwhile, the knee-jerk antagonism toward those voters from party “moderates” is the most vituperative I have ever seen it.

From multiple perspectives, we are at a hinge-point of history today.  To assume away the options that seem unlikely would be to misread conditions and possibilities as profoundly as some of our forebears did in the decades before the two world wars.  The world may not be safe anymore for parties of “splittable differences” – four-plus years of Obama have transformed the global political landscape in that regard – and whether they have a plan for doing something about it or not, it’s very possible that poll respondents see that reality more clearly than the average pundit does.

That certainty will outlast the resolution of the current crisis.  The Democrats are, willy-nilly, the party of the last century’s big-government status quo.  It’s the future of the GOP that depends on whether it can articulate and channel the voters’ growing anxiety about the “something big” that stalks us – or whether it dismisses the task in favor of splitting differences that hardly seem to matter anymore.  If it chooses the latter course, its days as a major party are numbered. 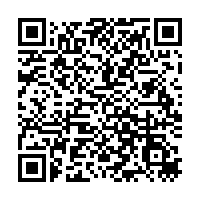