Late 17th century English poet and playwright William Congreve coined a phrase that in my view has never been truer: Music has charms to soothe the savage breast.

In the video below, one will see two Chasidic brothers from Jerusalem, Aryeh and Gil Gat, singing the Simon and Garfunkel classic ‘The Sound of Silence’. It was on an Israeli television show featuring new talent called ‘Rising Star’ which I assume is the Israeli version of ‘America’s Got Talent’.

As I watched this video I thought of similarly dressed people who can indeed be characterized as savage. Unfortunately there are far too many of them in places like Meah Shearim and Ramat Bet Shemesh B. In one of the more memorable videos – people who looked like this can be seen chanting and shouting disgusting insults at an 8 year old girl on her way to a Religious Zionist school.

I thought to myself, ‘What a contrast!’ In a million years I would have never dreamed that people who look and dress the same way and very likely share the same religious values could be so radically different.

Now I don’t know if these two singers have another side that would motivate them to yell at little 8 year old girls on other occasions. But my heart tells me that they would never do anything like that.

I will admit that these two singing Chasidim are not typical at all. Not only does their community not sing Simon and Garfunkel, they probably never heard of them… And if they did – many of them would probably condemn them as secular Jews with secular values and not worthy of our attention.

But not all of them. In my view neither these two gentlemen nor the extremists who constantly cause a Chilul HaShem are typical of this community. Most of them fall between these two extremes. That said I believe there is a lot more tolerance for the extremists whose values they support if not their actions – than there is for two singers who sing secular songs on TV. At the same time I can’t help thinking that if the reverse was true, it would curtail the kind of Chilul HaShem one sees so often.

It is interesting to read some of the comments at the site of that YouTube video. Of those I read the reviews were very positive – some of them even moving. And most of the reviewers did not have Jewish sounding names. It is also interesting to note that they got a standing ovation from at least one of the judges – who was obviously secular because of the way she dressed.

Which to me once again shows that there are no inherent prejudices against Chasidim or anyone else because of the way they look. The only time they are judged unfavorably is when they do things like emotionally abuse an 8 year old girl or similarly disgusting acts.

Music is a very difficult phenomenon to explain. It can calm one down or incite hyper-activity. It can raise emotions of joy and emotions of sorrow. It can sooth and it can irritate. I happen to love music of virtually all genres. Some more than others… but all. I especially love the kind of ballads sung by these two gentlemen. Whether it’s Carlebach, Fried, Shwecky, McCartney, John, or Joel… when I hear one of their ballads, I tend to stop what I’m doing for a few moments and just listen. It is soothing.

If only the savage breasts of Meah Shearim would allow themselves to be soothed that way. Who knows where that would lead. 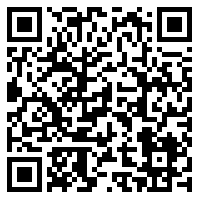