Americans haven’t been getting a lot of news about the Gulf Cooperation Council (GCC) “consultative” summit that took place last week in Saudi Arabia.  But it presents a useful counterpoint to the news from this weekend that four of the six GCC heads of state will not be attending the upcoming summit hosted by Obama at Camp David.

The “consultative” summit is held at the deputy or cabinet level, and has not been opened to foreign dignitaries outside the GCC before.  But in a break with that tradition, the summit on 5 May was attended by France’s President Francois Hollande – not just a high-ranking dignitary, but the French Republic’s head of state.

Given that the Saudis were hosting the consultative summit, it’s no surprise that King Salman made an appearance and delivered a speech.  Nor is it surprising that Hollande, the other head of state present, was also invited to deliver a speech.

It may have been unprecedented that Hollande was at the summit in the first place, but that too is less than surprising in light of his concurrence with Saudi concerns about Iran.  Among the leaders of the EU-3, Hollande has taken the hardest line on what would constitute an acceptable deal with Iran.

In fact, after the 5 May summit concluded, Hollande and Salman issued a joint statement expressing common concerns and requirements for any such deal:

After talks in Riyadh, Hollande and Saudi King Salman issued a joint statement, saying any nuclear deal with Iran must be “robust, lasting, verifiable, undisputed and binding.”

The statement also echoed concerns that lifting economic sanctions against Iran, and the prospective release to it of $150 billion in frozen overseas assets, would allow Iran to increase funding to its allies and proxies in the Middle East.

Hollande has backed the Saudis on Yemen – which the U.S. has also done, to some extent – and will be selling a lot more warships and planes to the GCC nations in the near future, along with other forms of defense and economic cooperation.

All of this may, on reflection, be comparatively unsurprising.  But it is highly informative nevertheless, given that King Salman has now backed out of the summit with Obama, along with three other GCC heads of state.  The contrast is pointed: there will therefore be no show of summit-level solidarity with Obama, and no joint statement like the one Salman issued a week ago with Francois Hollande.

Obama apologists are fooling themselves if they insist that this doesn’t matter.  In international relations – and the security they’re supposed to promote – these are the things that do matter.

Of course, Salman is skipping Obama’s summit largely because of the Iran-nuclear issue.  But it’s not just the nuclear issue.  The problem is more basic.  The Saudis, along with the other GCC nations and the rest of the Sunni Arabs, see Iran as a pervasive regional threat.  The Obama administration doesn’t.

The McClatchy summary of the differences in perspective is pretty accurate:

Gulf Arabs have been perturbed by Obama’s statements in interviews published in early April, after a framework deal was reached with Iran, that have been largely interpreted in the region as signaling a reduced U.S. security commitment to the Gulf countries, a cornerstone of U.S. policy in the Middle East since Saddam Hussein’s Iraqi forces invaded Kuwait in 1990. 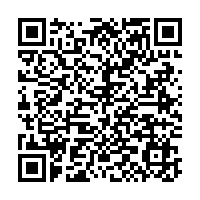