These are the top five other than the fact that it’s not a deal; it’s a surrender. The West has agreed to lift the sanctions on Iran. Iran has not agreed to give up anything she needs to acquire a bomb, or cease any of her aggressive behavior (e.g., arming and training Hezbollah and Hamas, fighting wars in Syria, Iraq, and Yemen). Not one of these things – not one – is a measure of performance Iran will actually have to demonstrate to get the sanctions lifted.

1.  The agreement paves Iran’s path to the bomb.  The only question about Iran and the bomb now is when Iran will get it.  If Iran adheres to the terms of the Joint Comprehensive Plan of Action (JCPOA) agreement (link to full text here), she will retain the means, and improve the expertise, to build nuclear weapons throughout the next 10 years.  She would wait for that 10 years to pass, however, before enriching enough uranium to test a warhead and stockpile weapons.

But Iran’s adherence to the terms of the JCPOA is unverifiable.  There cannot be any intrusive “snap” inspections; there can only be inspections of what Iran allows to be inspected, at times of Iran’s choosing.  If Iran wants to operate more centrifuge cascades than stipulated in the agreement, or install and operate new-generation centrifuges, the only obstacle is deciding on a place to do that, unmonitored by the IAEA.  The same is true of every other stage of uranium processing or bomb building (including all aspects of warhead development, which are entirely unaddressed by the JCPOA).

Iran could “break out” in as little as 3 months, as things stand today, and nothing in the JCPOA agreement will stop her.

2.  The agreement unleashes money and trade for Iran, which will allow her to arm and finance her already aggressive, disruptive foreign policy.  The so-called “signing bonus” of $150 billion in released funds is just the beginning.

The JCPOA begins to relieve Iran of the clamps on her economic activity within months.  Two provisions written into the JCPOA are of particular note: the requirement that the P5+1 get the UN sanctions regime lifted as soon as the agreement is formalized; and the plan for President Obama to begin waiving U.S. sanctions – even if Congress hasn’t lifted them – once IAEA certifies that Iran has complied on paper with a short list of administrative requirements.

Iran doesn’t have to comply with any of the red lines described by Obama in April, or even be on the path to complying with them, in order for sanctions to be lifted.  The red lines were all conceded by the U.S. in the “negotiations.”

3.  The agreement puts a seal on a disturbingly unbalanced U.S. approach to Middle Eastern security.  Instead of offering radical Shia Iran a way to merit full participation in a multilateral region, this agreement favors Iran over the major Sunni nations – Turkey, Saudi Arabia, Egypt, Jordan – and the Western-oriented Jewish state of Israel.

The agreement is actually quite remarkable in this regard.  The United States, to an even greater extent than our European allies, has for decades had special partnerships with Israel and the major Sunni nations.  Egypt is the late-comer, in fact: a key Soviet client until the peace treaty with Israel in 1979.  Our long partnerships with these nations weathered the extraordinary upheavals of 1991 and the years following.

But the partnerships began to fray after the Arab Spring in 2011.  The Obama administration has been unfriendly to attempts at stabilization by non-radicalized Sunni actors (e.g., al-Sisi in Egypt, Saudi efforts to counter Hezbollah in Lebanon). 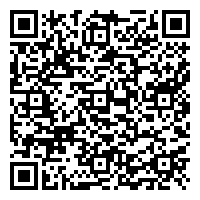