Home InDepth Op-Eds Letter to Prime Minister Nawaz Sharif of Pakistan, from Shimon Peres, International...
Share on Facebook
Tweet on Twitter
Photo Credit: Kobi Gideon/GPO/Flash90
Dear Mr. Prime Minister,
My heartfelt sympathies to you and the Pakistani people for the Peshawar unrest and protests against occupation this week. However, we must really speak about how to deal with these forms of activism in Pakistan, perpetrated by these misunderstood Islamic militants.
Mister Prime Minister, I have a great deal of experience in dealing successfully with terrorism and violence, and this is why I wish to come to your rescue. The first thing you must realize is that one can only make peace with one’s enemies. With one’s friends, there is no need to make peace. There is no military solution to the problems of terrorism, and this is why you must seek a diplomatic solution. “No Justice, No Peace?” as they say.
You must invite the leaders of the Taliban responsible for the bloodshed in Islamabad to meet with you. You must learn to feel their pain and understand their needs. And you must end the illegal occupation of territory that does not belong to you!   You must withdraw from the Northwest territories and from the Punjab.  The solution is to create two states for two peoples, inside Pakistan itself, one for the Taliban and the other for everyone else. The Taliban are entitled to self-determination and national sovereignty!
You must meet all the demands of the Taliban activists and militants in full. In addition, you must offer them Internet web services and five-star tourist hotels in exchange for their promising to abandon violence. After all, that is how we turned Yasser Arafat into a peace partner. You see, military force serves no role any more in the post-modern universe. It is passé. It is archaic. Today, consumer interests dominate the world, and the Islamist activists of the earth will surely make peace in exchange for some profits from participating in global trade.
The attack on the Peshawar school came about because you have been insufficiently sensitive to the needs of the Other. You took their rhetoric at face value, whereas we in Israel know that all this rhetoric is empty and, in fact, these people truly want peace. Sure, they praise bin Laden and celebrate genocidal atrocities, but what is it that they really want? You must negotiate with them even while under attack. Conditioning negotiations on an end to violence is a no-win situation. It will simply extend the bloodshed!
The key is to build a New Middle Asia, one in which everyone is so busy with the important matters of developing tourism, infrastructure investments and high-technology that they will have no time to pursue violence. Moreover, if you strike at the perpetrators of the Peshawar protests and their supporters, you will simply expand and enlarge the cycle of violence. Your retaliation bombs will no doubt injure some innocent children and civilians alongside any terrorist activists you strike. That will enrage the rest of the world and make the victims seek revenge. Your violence against these militants and activists will cause them to hate you and it will drive the Taliban to embrace terrorism.  Moreover, if you refuse to negotiate with them, then their leaders will be toppled and a violent extremist group will take charge. In that case, you will have lost the window of opportunity to make peace.
Begin by declaring a unilateral ceasefire! Mister Prime Minister, blessed is the peacemaker.  The entire world will support you and congratulate you if you respond to these horrific attacks by opening serious dialogue with the Taliban activists. All we are saying is give peace a chance. Yitzhak Rabin would have approved. Yes, chaver, what you need is shalom, salaam, peace. You will be awarded a Nobel Peace Prize in recognition. Do not allow yourself to be drawn down into the gutter of retaliation. Violence never achieves anything. History has no lessons. History is the dead past.
Follow my example! Provide the Taliban with anti-aircraft and anti-tank missiles so that they can battle against the true radicals and extremists. Moreover, they will do so with no Greenpeace or Supreme Court to restrain them! Demonstrate your humanity by paying pensions to any widows and orphans of the terrorists who blow up schools. Mister Prime Minister, my own peace policies have eliminated war, bloodshed and terror from the Middle East. We now have only peace partners. If you follow in my footsteps, you can achieve the same lofty goals.
Peacefully yours,
Shimon Peres, Peacemaker-at-Large
Advertisement 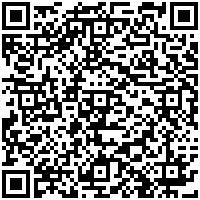