As was noted here when the first article appeared, it omitted any mention whatsoever of the obviously highly relevant topic of the UN Security Council resolutions relating to southern Lebanon and the UN force which is supposed to oversee the implementation of those resolutions.

“…the BBC’s record of reporting violations of UNSC resolution 1701 by Hizballah and Iran is very dismal. Obviously that serial omission means that BBC audiences lack the background information crucial to full understanding of this latest story.”

This latest report did include two references to UN SC resolution 1701:

“Unifil added that the tunnels constituted violations of Security Council resolution 1701, which ended the 2006 war.”

“Lebanon’s foreign ministry has said the Lebanese army will “take all necessary measures to ensure [resolution 1701] is well implemented in co-ordination with Unifil forces”.”

While readers were not provided with an explanation of the text of that resolution (including the stipulation that the area between the border with Israel and the Litani river should be “free of any armed personnel, assets and weapons other than those of the Government of Lebanon and of UNIFIL”) which would enable their understanding of UNIFIL’s statement  they next read that:

“However, Hezbollah is part of Lebanon’s national unity government and it has been able to resist international and domestic pressure to disarm its military wing, whose capabilities in some ways exceed those of the Lebanese army.”

As was the case in the December 4th report – and as has often been seen in BBC past content – the latest article cites 2006 Lebanese casualty figures that are devoid of any mention of Hizballah combatants.

“Tensions are high between the Iran-backed Shia Islamist group and Israel, which fought a month-long war in 2006.

More than 1,125 Lebanese, most of them civilians, and 159 Israelis, including 43 civilians, were killed in that conflict.” [emphasis added]

While the Lebanese authorities did not differentiate between civilians and combatants during the 2006 war, Lebanese officials nevertheless reported even before the conflict was over that some 500 of the dead were Hizballah personnel and UN officials gave similar figures while Israeli estimates stand at around 600 (with 450 identified by name: see page 55 here).

In August 2006 the BBC News website acknowledged that “there are no reliable figures” for the number of Hizballah combatants killed in the war that had just ended at the time. Since then, however, the BBC has adopted a mantra portraying Lebanese casualties during the 2006 war as “mostly civilians” despite there being no evidence of its having been able to independently verify that claim.

Remarkably, this December 19th report does not provide BBC audiences with any information about the UN Security Council session on the topic of the Hizballah tunnels that was held on December 19th. 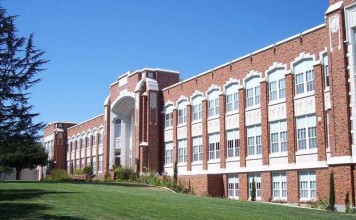