The American archeologist Eric Cline reported in his book Jerusalem Besieged: “Although some would disagree, historians and archeologists have generally concluded that most, if not all, modern Palestinians are probably more closely related to the Arabs of Saudi Arabia, Yemen, Jordan, and other countries than they are to the ancient Jebusites, Canaanites, or Philistines. The major movements of those Arabs into the region occurred after 600 CE, more than 1,600 years after David and the Israelites had vanquished the original inhabitants of the land.” This fact is confirmed by Sherif Hussein, the Guardian of Islamic Holy Places of Arabia, who stated that the Palestinians ancestors had only been in the region for 1,000 years.


Numerous scholars have reported that following the Black Plague and Crusades in 1517, only 300,000 people were left in the Land of Israel, of whom 5,000 were Jewish, and that many of the ancestors of the modern Palestinians came in the late Ottoman and early British Mandate period. During the British Mandate period alone, 100,000 Arabs from neighboring countries immigrated to the Holy Land.

However, after conducting intense research into this issue, another story for the origins of the Palestinian people has appeared which further reaffirms Jewish attachment to the Holy Land. A Palestinian living in Jerusalem who wishes to remain anonymous has confessed in an exclusive interview that this persons’ family origins are 100% Jewish and that this person’s father’s family were Cohanim. He proclaimed: “Most of the Palestinians in Judea and Samaria are former Jews. The Ottomans converted them by force. My family converted to Islam in the early 1900’s.”

This Palestinian explained that the town where this person originally came from and the seven surrounding villages had a Jewish majority up until the early 1900’s: “My grandparents tell me they were born Muslim. The entire town which is Islin and the entire collection of towns near Beit Shemesh were Jewish. The entire towns around us used a Jewish judge known as Khawaja Kakum, who was a rabbi.”

The Palestinian noted that in the late 1800’s, the Ottoman Empire started to pressure the local population to accept Islam, after Herzl informed the Ottoman Sultan of the Zionist movements’ intentions. This resulted in the Sultan going crazy and making sure that would not happen, although he did refrain from issuing a formal edict of conversion: “The Ottoman soldiers would arrive, investigating and making sure everyone was Jewish and that would involve a humiliating act. The locals would have to bring all of the fancy rugs so the soldiers could use them. They had to fix hay mixed with sugar for the horses of the Ottoman cavalry. And then, the locals had to cook food for the soldiers. They were forced to mix yoghurt with lamb in a dish known today as mansaf.”

The Palestinian noted that Bayt Itab, which was near Beit Shemesh, was inhabited by Sephardic Jews: “A particular family in the town began holding Friday prayers on both Friday and Saturday, so the Ottomans would be fooled into believing that they were not Jews. Now Beit Shemesh, another nearby town, had mostly Jewish families that would later on become Palestinian, except for one family.” 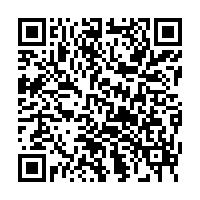