Two recent polls of the Israeli public by leading Israeli pollsters show that Israelis overwhelmingly oppose concessions, and the establishment of a Palestinian Arab state.

A poll by Israeli pollster Mina Tzemach for the Jerusalem Center for Public Affairs conducted on March 20-21, 2017, regarding potential concessions, showed, among other things, that:

The JCPA poll also cited additional dangers of a potential Palestinian state: namely, that Palestinian Arabs are likely to dig attack tunnels from Judea/Samaria.  The poll found that:

“Preliminary Findings of a Survey of Israeli Jewish Attitudes on a Future Peace Agreement with the Palestinians,” JCPA, Mar. 28, 2017,

Dim Chances of a Real Peace Agreement with the Palestinian Leadership:

ZOA President’s Comments:   ZOA President Morton Klein noted: “The ZOA has long pointed out that a Palestinian Arab state would be a Hamas-Fatah-ISIS-Iranian regime terrorist state that endangers Israel’s heartland. The above polls again demonstrate the overwhelming Israeli opposition to the establishment of a Palestinian Arab state, and the dangers of creating such a state.  The rational conclusion from these polls is that “standing with Israel” today means listening to the voices of the Israeli people who will have to live with the results of any negotiations or deal.  Standing with Israel today means not trying to impose or push the dangerous outcome of establishing a Palestinian Arab terrorist state.” 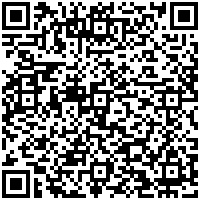