1. PricewaterhouseCoopers: Israeli mergers and acquisitions (M&A) totaled $12.6bn in 2015, a 73.3% increase over 2014 ($7.25bn). Moreover, 62 Israeli companies were acquired for $7.2bn, compared to 52 companies and $5bn in 2014, a fifth year in a row with over $5bn.  Overseas investment in Israeli companies reached $6.5bn, compared to $3.8bn in 2014, a 71% increase. 2015 experienced a rise in the number of investors from the US, China, Hong Kong and Canada. Israeli entrepreneurs and developers are less inclined to sell early-stage startups, investing more resources to reach mature stage, hence the higher price per transaction/investment (Globes business daily, December 28, 2015).

2. Bloomberg (Dec. 18): “”Israel’s economic activity continues to grow, following a year with slightly weaker performance. Israel’s economy is expected to be one of the fastest growing among developed countries….The appreciation of the Israeli Shekel against the Euro and the dollar in 2015, despite the rise in US interest rates, is due to improving Israeli fiscal balances, optimism in the development of Israel’s large offshore natural gas fields, and a sustained strong economy…. Israel’s technology sector is a world-leader in a range of established and disruptive new tech areas…. Israel is home to scores of innovative companies bringing cutting-edge technologies to the global marketplace, [such as] advanced cybersecurity, medical technology, info tech and defense technology that protect airliners from terrorist missiles….”

5. Bloomberg, Dec. 1: “Chinese investors pour money into Israeli technology startups [which exceed 7,000]…. Chinese investors are a common sight in Israel …. Technology investment from China is growing 50% annually…expected to reach $500mn in 2015, up from nearly nothing in 2011…[could] reach $10bn by 2020…. A China-Israel Technology and Investment Summit in January, 2016 will host more than 1,000 attendees…. The Hong Kong-based Radiant Venture Capital has invested in 8 Israeli startups….”  Israel’s Lumenis was acquired by China’s XIO Private Equity Fund for $510mn (Globes, October 13). China’s Sinopharm and HLST signed a letter of intent for a $50mn investment and licensing agreement with Israel’s Oramed (Globes, Dec. 1). A Chinese and a Taiwanese venture capital funds invested $6mn in Israel’s IOptima, following a $7mn investment in IOptima’s parent company, BioLight, by Patrick Lau from Hong Kong (Globes, Nov. 25).

6. Israel’s global giant, TEVA Pharmaceutical Industries, raised $6.75bn in order to finance its acquisition of Allergan Generics for $40.5bn and Mexico’s Rimsa for $2.3bn (Globes, Dec. 4).  TEVA – which employs more than 2,000 employees in Japan – concluded a joint venture with Japan’s $39bn Takeda, succeeding the 2008 joint venture with Japan’s Kowa and the acquisition of Japan’s Taisho and Taiyo in 2011 (Globes Dec. 1).

9. Israel’s Elbit won a $200mn bid for the sale of medium-size, multi-payload unmanned aerial vehicles to Switzerland (Globes, November 27). According to Globes (Dec.30), Israel’s exports experienced a very mild 7% decline (totaling $92bn in 2015), compared to the steeper decline of other advanced economies, and against the backdrop of global economic slowdown. Israel’s hightech export increased in 2015 ($37.5bn), as was the overall export to Asia ($11.4bn) and the USA ($10.8bn). 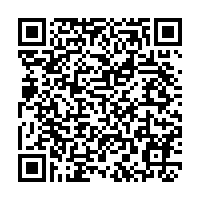