The growing, youthful Jewish emigration from Jerusalem is driven by the scarcity of jobs as well as costly and limited housing. It was triggered – beginning in the 1990s – by Israeli Prime Ministers, who have relegated Jerusalem to a lower national priority, in sharp contrast to preceding Prime Ministers.


Simultaneously with a litany of “O Jerusalem” boasting statements, they have demonstrated “Oy Jerusalem” feeble action, reflecting limited capability to withstand opposition, by US Presidents, to Jewish construction beyond the pre-1967 armistice line.  Moreover, succumbing to US pressure has yielded more, and rougher, pressure.  Thus, they have constrained the development of Jerusalem’s infrastructure of transportation, housing and employment – which constitute a prerequisite for transforming Jewish emigration into robust Jewish immigration – since it requires construction on substantial, state-owned land, available within the largely unpopulated boundaries of reunited Jerusalem, not in the limited parameters of pre-1967 Jerusalem.

Thus, recent Prime Ministers have sacrificed the significant upgrading of Jerusalem’s infrastructure of growth on the altar of the supposed peace process with the Palestinian Authority, which seeks to annul Jerusalem’s reunification, worships suicide bombers and operates the most effective assembly line for manufacturing terrorists: a K-12 destroy-Israel-education system.

This peace process-driven policy has also led to physical and administrative disengagement from some Arab neighborhoods in reunited Jerusalem, and the construction of walls and fences, separating these neighborhoods from the rest of the city. As a result, parallel to the increasing Jewish emigration from Jerusalem, some 50,000 Arab residents of these neighborhoods – possessing Israeli ID cards – immigrated over the walls and the fences deeper into Jerusalem, lest they lose Israeli social and welfare benefits. Thus, at a time when parity has been reached between Jewish and Arab fertility rates (number of births per woman), this Israeli policy of disengagement has induced Arab immigration into Jerusalem, at a rate twice as high as the rate of Jewish emigration from Jerusalem.

In this regard, contemporary Israeli Prime Ministers have strayed away, dramatically, from their predecessors.  For example, in 1950, in defiance of brutal US and global pressure to internationalize Jerusalem (which is still the policy of the US Department of State!), Prime Minister David Ben Gurion proclaimed Jerusalem the capital of the Jewish State, relocated government agencies from Tel Aviv to Jerusalem, settled a massive number of Olim (Jewish immigrants to Israel) in Jerusalem, upgraded the transportation infrastructure to Jerusalem, and erected new Jewish neighborhoods along Jerusalem’s cease fire lines, providing the city land reserves for long term growth. Ben Gurion’s actions spoke louder than the current bravado statements about the “indivisible Jerusalem.”

In 1970-1, Prime Minister Golda Meir resisted heavy pressure, by the White House and the Department of State, refusing to rescind the reunification of Jerusalem and to transfer Jerusalem’s Holy Basin to the auspices of the three leading religions (these demands were embraced, in 2010, by former Prime Minister, Olmert). Defiantly, Golda Meir laid the groundwork for additional neighborhoods beyond the “pre-’67 lines”: Gilo, Ramot Alon, French Hill and Neve’ Ya’akov, significantly expanding Jerusalem’s infrastructure of growth.

Prime Ministers Menachem Begin and Yitzhak Shamir sustained the position of Jerusalem at the top of Israel’s national priorities, reinforcing – through construction and growth – the historical, national and religious status of reunified Jerusalem as the exclusive, non-negotiable capital of the Jewish State.

In order to dramatically expand Jerusalem’s 66% Jewish majority, and retain the graduates of the Hebrew University (Israel’s largest university), while improving the quality of life for Jews and Arabs, Israel should embark upon a fast-track, dramatic enhancement of Jerusalem’s transportation infrastructure, which would pave the road for a flow of Israeli and international entrepreneurs and investors.  For example, the largest Israeli city (2.5 times larger and more populated than Tel Aviv!) needs an airport, located in the ample, unpopulated area in eastern Jerusalem, which would be a most effective engine of growth. The only two freeways to Jerusalem from the coastal plain (#1 and #443 which stretches along the Land of the Maccabees beyond the 1967 lines) must be expanded, and a third one (#45 which was shelved by Prime Minister Sharon) should be constructed, for commercial, safety and national security reasons. The internal Begin Road should evolve into the Jerusalem Loop, which would be a game-changer for commerce and quality of life.  A similar surge should apply to the infrastructure for high tech, telecommunications, electricity, water, education and housing.

Will Israeli Prime Ministers embark upon an “O Jerusalem” policy – initiated 3,000 years ago by King David – which would drastically enhance Jerusalem’s quality of life and expand its Jewish majority?  Or, will they sustain the “Oy Jerusalem” policy, which could doom Jerusalem to a Jewish minority? 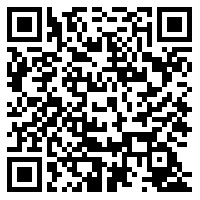