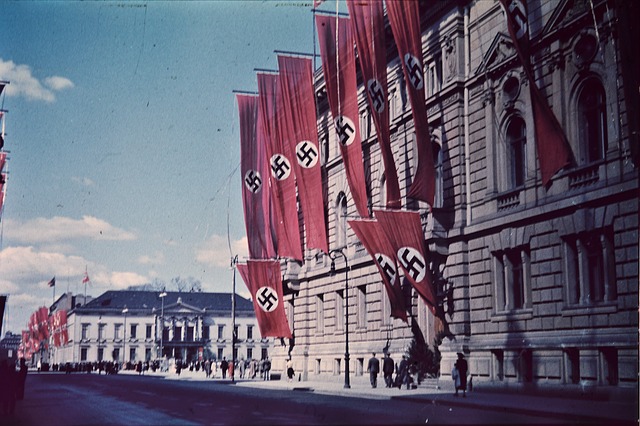 *Editor’s Note: Part VI in a new series on the Holocaust from Alex Grobman, PhD


Originally the Wehrmacht was reluctant to join in murdering Jews, but then the generals became so irritated with the slow progress being made, that they began “virtually pushing the Einsatzgruppen into killing operations. The German army could hardly wait to see the Jews of Russia dead—no wonder that the commanders of the Einsatzgruppen were pleasantly surprised.” Enlisting the cooperation of the local populations became an essential element in the process of destruction. This included fostering pogroms against the Jews by members of the local communities and gaining the support of the auxiliary police in capturing and shooting Jews. The Einsatzgruppen generated pogroms for administrative and psychological reasons. Administratively, every time a Jew was murdered, it meant one less Jew to be killed by the Einsatzgruppen. A pogrom also helped them reach their “cleanup goal” (Sauberungsziel) that much faster. [1].

The Einsatzgruppen wanted the population or police units to assume a major role in annihilating their Jewish neighbors. In this way, the Germans could claim that the local inhabitants were originally responsible for the massacres. SS Brigadeführer Dr. Franz Walter Stahlecker, commander of Einsatzgruppe A, declared “The impression had to be created that the local population itself had taken the first steps of its own accord as a natural reaction to the decade’s oppression by the Jews and the more recent terror exerted by the Communists.” [2]

In Lithuania, Stahlecker was surprised and frustrated that starting a pogrom required some prodding and support before one could be arranged. In his report, he said: “Klimatis, the leader of the partisan unit…who was used for this purpose primarily, succeeded in starting a pogrom on the basis of advice given to him by a small, advanced detachment [Vorkommando] acting in Kovno, and in such a way that no German order or German instigation was noticed from the outside.”

During the first pogrom from June 25 to 26, the Lithuanian partisans murdered more than 1,500 Jews, set fire to several synagogues, destroyed them, and burned down a Jewish district consisting of about 60 houses. During the following night, about 2,300 Jews were murdered. In other parts of Lithuania, “similar actions followed the example of Kovno, though smaller and extending to the Communists who had been left behind.” [3]

In Riga, Einsatzkommando 1a established an auxiliary police force consisting of about 400 men, under the command of a man named Neiss, ostensibly to “protect” the city. Two more units were created to initiate pogroms. All the synagogues were demolished, and 400 Jews were murdered. Additional pogroms took place in Lvov (Lemberg), Vilna, Tarnopol, Chortkow, Minsk, Kremenez, Dobromir, and Sambor, where 50 Jews were murdered by an “enraged crowd.” In Hitzu, 1,000 Jews were slaughtered. [4]

To provide proof that the local citizens had organized the pogroms, “in Kovno and in Riga evidence was taken on film and by photographs to establish, as far as possible, that the first spontaneous executions of Jews and Communists were carried out by Lithuanians and Latvians.” [5]

In discussing the anti-Jewish pogroms organized by the local Lithuanian residents and watched by the Wehrmacht, Lance-Corporal Heinrich Sacks reported, “how the Jewish question was solved with impressive thoroughness under the enthusiastic applause of the local population.” [6]

The Pogroms Were Brief in Nature

The pogroms were brief in nature. The reluctance of residents in many places to initiate “spontaneous demonstrations” against Jews, “despite strong anti-Jewish feelings,” was explained in one Einsatzgruppe C report. The Ukrainian populace feared “the strong position the Jews had held formerly and still afraid of a possible return of the Soviets.” This very real concern was mentioned throughout the reports. [7]

As conditions continued to deteriorate at the front, the soldier’s enmity toward the Jews increased palpably. Writing from Lvov (Lemberg), Captain Hans Kondruss said in mid-July, “It will be necessary radically to scorch out this boil of a plague, [the Jews]because these ‘animals’ will always constitute a danger.” The Jews had directed the population   “from everything which is to us human beings has been eternally holy,” for their ultimate objective was “the brutalization [Vertierung] of a whole [non-Jewish] people.” This was “in order to make use of it as an instrument in the war for Judas’ world domination.” [8]

The accusation that Jews posed a threat to the German army was another canard. In a December 2, 1941 report written by a member of a German military economics office in Ukraine, stated that the combined operations of the Einsatgruppen, were “unparalleled in the intensity of their effect by any other measures instituted in the Soviet Union.” This despite the fact…there was no evidence that they [Jews] were ‘widely engaged in sabotage and similar acts,’ nor that they could be considered ‘to represent a threat to the German Wehrmacht.’” [9]

Differing Views about the Pogroms

It should be noted the military and the Einsatzgruppen interests differed about the pogroms. Military government experts and bureaucrats back in Berlin feared any form of uncontrollable hostility. An order issued by one security division about anti-Jewish actions warned: “Lynch justice against Jews and other terror measures are to be prevented by all means. The armed forces do not tolerate that one terror [the Soviet one] be relieved by another.” As a result, most of the pogroms occurred in areas not yet under the command of military government experts. [10]

General Johannes Albrecht Blaskowitz, who led the 8th Army during the invasion of Poland and served as the Commander in Chief of Occupied Poland from 1939 to 1940, started voicing his profound concerns when the SS began their murdering sprees in Poland, even before the Wehrmacht was not “officially and clearly involved.” He believed it would provide Germany’s enemies with a propaganda windfall, and drive the Poles “to join the Jews against the Germans.” In addition, he emphasized: “There  is hardly any need to mention the effect on the Wehrmacht, which is compelled passively to observe these crimes, and whose standing particularly among the Polish population will be irremediably harmed.”[11]

Blaskowitz also predicted the long-term effects the merciless treatment of Germany’s “enemies” would not only have on the soldiers but on the entire German society: “However, the worst damage which will be caused to the body of the German nation by the present conditions is the boundless brutalization and the moral depravity which in the shortest time will spread like an epidemic among the best German human material.” [12]

Blaskowitz recognized this would be the result of “legalizing” these crimes,” thus as Omer Bartov noted “making it virtually illegal to act against what every accepted standard of human decency and morality was clearly criminal.” Blaskowitz anticipated that “When high officials of the SS and the police call for atrocities and brutalities and publicly praise them then within the shortest spell of time only the brutal will rule.” With astonishing speed, men of the same sick leanings and character will come together, in order to give full vent to their beastly and pathological instincts, as in the case of Poland. There is hardly any way to hold them in rein; for they must rightly feel themselves officially authorized and entitled to any atrocity. The only way to protect oneself from this epidemic is by bringing the guilty and their followers at the greatest speed under military command and jurisdiction.”[13]

For his ongoing fervent criticism of the atrocities committed by the German Army, Blaskowitz was “removed” from Poland in early May 1940. He was the only colonel general involved in the Polish campaign who was not awarded the field marshal’s baton. [14]

The Cause for Alarm was Real

The cause for alarm was real. Unauthorized brutal attacks against civilians and rival soldiers included random: “shooting, rape, robbery, plunder, destruction of property, and livestock, and all other acts associated with ruthless army occupation.” Despite repeated warnings, the behavior continued until the troops were back on German soil. The officers did not object to these actions on moral grounds since they had instructed their troops to commit even far more damaging policies themselves.

They opposed the soldiers taking their own initiative, which they feared might signify a weakening of military disciple. Yet, as historian Omer Bartov pointed out, this did not happen. Soldiers were seldom reprimanded for these violations of regulations. He opines that because the offices acceded to this behavior, they were able to impose severe punishment for other offenses. Fifteen thousand  German soldiers were executed for deserting, cowardice, and self-inflicted injuries. A large number of casualties and the critical dearth of manpower caused the German soldiers to be even more cognizant of how cheap human life had become in the east. [15]

Under these conditions, Bartov said “it is no wonder that soldiers, who were themselves liable to act with brutality towards the occupied population did not react with particular alarm when exposed to, or ordered to assist in, the murder of SS operations.” One should not be surprised either that when soldiers witnessed extermination camps operating “full steam,” they did not view the killing as anything extraordinary. This was merely another part of the ruthless war. “Murder was the norm at the front, and there was no reason why the regime’s enemies should be treated differently anywhere else.” [16]

By the end of hostilities, the Ostheer(Eastern Army) had sustained approximately six million fatalities on the Eastern front. These enormous loses produced a perception among the soldiers of having taken part “in an apocalyptic event whose very nature made all previous codes of behavior and moral assumptions wholly irrelevant.” The extent of the individual catastrophe fostered a “nihilistic, Social Darwinist approach to their reality,” which allowed them to survive, and whatever they viewed as threatening their lives, had to be destroyed. [17]

Historian Christopher R. Browning concludes that Reichsführer-SS Heinrich Himmler’s order of July  25, 1941, to establish auxiliary police units “from within the local population—units that were to become indispensable tools for the implementation of the Final Solution–had, in the long run, a greater impact on the overall course of events than pogroms or other uncoordinated killings committed by the non-Germans.” [18]

The Jäger Report of December 1, 1941, written by SS Standartenführer Karl Jäger, Commander of the Security Police and the SD Einsatzkommando 3 of Einsatzgruppe A, confirmed the critical importance of the auxiliary police units when he stated: “The goal of clearing Lithuania of Jews could only be achieved through the establishment of a specially selected Mobile Commando under the command of SS Obersturmfuehrer Hamann, who adopted my aims fully and who was able to ensure the cooperation of the Lithuanian Partisans and the Civil Authorities concerned.” [19]

[2] Ernst Klee, Willi Dressen, and Volker Riess Eds, The Good Old Days: The Holocaust as Seen by its Perpetrators and Bystanders (New York: The Free Press,1991)24; “Stahlecker SS-Brigadeführer and Major-General of Police Einsatzgruppe A General Report up to October 15, 1941”;https://pages.uoregon.edu/dluebke/Holocaust444-544/StahleckerReport.html.

[4] Ronald Headland, Messages of Murder: A Study of the Reports of the Einsatzgruppen of the Security Police and the Security Service, 1941-1943 (Teaneck, New Jersey:  Fairleigh Dickinson University Press, 1992),60.

[19] Yitzhak Arad, Yisrael Gutman, Avraham Margaliot Eds., Documents on the Holocaust: Selected Sources on the Destruction of the Jews of Germany and Austria, Poland and the Soviet Union, (Jerusalem: Yad Vashem, 1981), 398- 400. 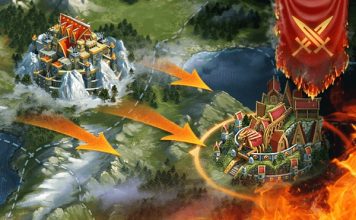 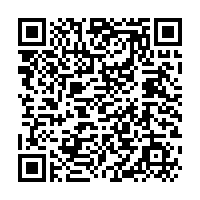