*Editor’s Note: This is Part VII in the author’s second series with JPRESS ONLINE, dealing with Nazi persecution of Jews, Gypsies, and other minorities.

There is a tendency among historians, opined historian Richard J. Evans, to regard the Holocaust as a genocide with parallels in other countries and at other times. [1] This is not a “contest to measure pain or degrees of victimization,” historian Henry L. Feingold noted. “What is being measured is the importance of the event in history, and there clearly the Holocaust is an entirely different order of events in terms of its historical weight. History is not democratic, it does not assign equal import to like events. To forget that difference, to permit it to be subsumed in facile comparisons with every trespass human flesh has been heir to, is to risk losing the possibility of retrieving some meaning from the event. When that meaning is found, it will be in its specificity rather than in what it shares with other catastrophes. [2]


Though these comparisons assist us in understanding the Nazi period, Evans said, “they can also blur distinctions by homogenising all acts of mass murder until it is impossible to tell them apart….For Hitler, the Jews were not merely sub humans to be eliminated in the interests of an allegedly superior race, they were the ‘world enemy’ of the ‘Aryans,’ endowed with almost superhuman qualities, to be hunted down and ritually humiliated… before they were killed without exception. That is why modern neo-Nazis find it so important to deny the atrocities of Auschwitz, and that is the reason above all others why the Nazis linger so powerfully and persistently in our collective memory.” [3]

Why Emphasize the Differences Between Genocide and the Holocaust?

If all murder is the same, then why differentiate between murder, genocide and individual attacks against people attending a concert or random acts of violence? We do so, Yehuda Bauer explains, for practical reasons. Just as we do not use the same protocols to treat cancer, diabetes or any other medical issues, we need to address mass murder differently than genocides and Holocausts. By distinguishing between these events, we learn about the perpetrators, bystanders and how the victims

and their leaders responded to this calamity. Though history does not repeat itself in the same manner, there are some similarities and features. That is why they have universal implications. If it happened once, it could happen again to any of us, since we are all potential victims, perpetrators or bystanders. [4]

According to the United States Holocaust Memorial Museum in Washington, D.C., the Germans and their Axis allies murdered about 25 percent of all Roma in Europe. Of the little less than one million Roma assumed to be ln Europe prior to WWII, about 250,000 were killed. [5]

The Gypsies were a statistically negligible and marginalized group within German society and considered a “nuisance” and a “plague,” but never viewed as a serious threat to Germany. Nevertheless, the Nazis murdered a clear majority of German and Austrian Gypsies and many thousands of additional Gypsies in other parts of German territory. That the Nazis could execute such a murderous offensive against a group for whom Hitler had no or very limited concern, illustrates how precarious a combination of widespread intolerance, bias, bigotry and institutionalized racism can be when a police state bureaucracy begins to use repression and mass murder to resolve problems. [6]

“The Gypsy people suffered terribly under the Nazi regime, and there is no need to exaggerate the horrors they experienced” asserts Guenther Lewy. We examined how the Germans viewed them, the decrees issues against them and how they were treated. Lewy warned that“ Simplified accounts” which claim Gypsies, like the Jews, were oppressed and exterminated simply because of their “biological existence,” are not only a historical distortion, but also an impediment to establishing better relations between Gypsies and non-Gypsies. Only by understanding why Germans from all segments of society view them with such enmity and suspicion can a recurrence be prevented. [7] 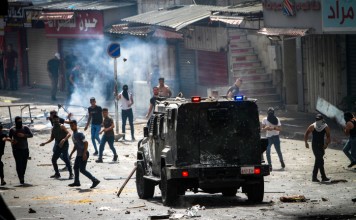 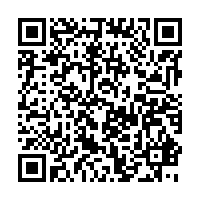