*Editor’s Note: This is part XX in a series. You can read Part XIX, here

In June, additional information continued to pour in about the systematic slaughter of European Jewry. On June 17, 1942 the JTA reported that hundreds of Jewish and Russian prisoners of war were murdered in poison gas experiments at the Dominican Liebenau monastery in Württemberg, Germany. On June 26, the JTA published a detailed report from underground channels describing the massacre of 700,000 Polish Jews since the summer of 1941. This account, published in London on June 25, revealed how hundreds of thousands of Jews were systematically executed in “the greatest mass slaughter in history.” The Germans employed machine guns, hand grenades, and mobile gas chambers carried on trucks. There was simply no question, the report concluded, that all Jews would be exterminated.

There could be little dispute as to the authenticity of this report, which The New York Times, Der Tog, The American Hebrew, Opinion, and the Contemporary Jewish Record reported. Szmul Zygielboym and Ignacy Schwartzbart. Both Zygielboym of the Bund and Schwartzbart of the General Zionists were the two representatives on the Polish National Council of London. The Polish Government in Exile verified the report on June 25. The British Broadcasting Service and the Columbia System in New York broadcast the report. Historian David Engle points out the report described in great detail the process of destruction– the murders in eastern Poland and the gas chambers in the western part of the country. The first sentence of the report bluntly asserted that “From the day the Russo-German war broke out, the Germans embarked on the physical extermination of the Jewish population on German soil.” The report continued by enumerating the total number of Jews murdered in Lithuania, White Russia, and Ukraine and how Jews in each town were marched to the forests, forced to dig their own graves and then shot. By March, 40,000 Jews, “plus an indefinite number of Gypsies,” had been murdered in the gas vans at Chelmno (in German, Kulmhof) 47 miles west of Łódź. They were forced onto sealed vans, where the exhaust fumes were redirected inside the van. Within 15 minutes, the passengers were asphyxiated.

Engle quotes Zygielboym and Schwartzbart who concluded, “the criminal German government has begun to carry out Hitler’s prophecy that five minutes before the end of the war, whatever its outcome, he will have murdered all the Jews of Europe.” Historian Martin Gilbert determined “the details given in the Bund Report were precise, and, as we now know, accurate.” Pointedly, Engle said reports that Jews were being murdered en masse on Polish soil “did not on the whole occupy a significant position in official Polish propaganda or press releases during most of 1942.”

The absence of news before the Bund Report about the wholesale destruction of Jews in official Polish propaganda or in press releases added to the difficulty in determining the accuracy of information about the plight of the Jews in the east living under German rule Engle noted. One could easily assume, he said, that there wasn’t anything unusual happening to the Jews in the recently conquered eastern territories than had transpired after the Germans conquered western Poland two years earlier. Not until April 1942, did the Interior Ministry issue a comprehensive report mentioning mass shootings in Lithuania. On May 5, 1942 Engle noted that Dziennik Polski, the official government’s Polish language newspaper, published a short paragraph, stating that “the Jewish population has ‘disappeared ‘completely from most of the cities and towns in White Russia.” Regrettably, this information was buried as part of a lengthier analysis of the situation in the eastern territories.

Whatever the reason for the Poles reticence to publicize the condition of the Jews in the east, Engle said, the Poles had compelling political motives for limiting public discourse to a minimum. Extensive publicity about the German campaign to exterminate the Jews might minimize the anguish of the Poles, which might seem less ominous by comparison, and thus not warrant the concern and empathy they rightfully deserved. This led the government to provide material for the Jewish press that magnified the suffering of the Poles as much as they could, at the detriment of the Jews.

The intent to ignore the disastrous condition of the Jews Engle said occurred on January 13, 1942, when Władysław Sikorski, the Prime Minister of the Polish government-in-exile, chaired an Inter- Allied Conference on German Atrocities at the Palace of St. James in London. Representatives of nine occupied countries attended the meeting along with American and British observers. Even though there had been considerable discussion about Germany’s brutal behavior toward the subjugated masses, the plight of the Jews was not raised. As late as July 1942 the government refused the Jews an observer status at future conferences.

Hesitancy to Accept the News from Poland

In The Terrible Secret, historian Walter Laqueur explained the reluctance in Britain, the US, and even in Germany and among Jews to accept the news from Poland. Many individuals remembered the propaganda campaigns of the First World War, when each side charged the other with wanton brutality. The Germans were accused of burning down villages, cutting off breasts and tongues, making soap from dead soldiers (a myth that found its way into the press during the Second World War as well only with Jewish bodies being used instead) and other unspeakable crimes. The press duly reported the atrocities, but at the end of the war it became clear they had been duped; many of the stories had either been made up or were greatly exaggerated.

The same sense of concern about being deceived by propaganda, false accounts of mass murders, and contradictory reports that existed in WWI occurred in WWII. Martin Gilbert noted that Victor Cavendish-Bentinck, Chairman of the British Joint Intelligence Committee, whose responsibility it was to access the veracity of reports from German -occupied Europe said on August 27, 1943 “it is incorrect to describe Polish information regarding German atrocities as trustworthy. The Poles, and to a far greater extent the Jews, tend to exaggerate German atrocities in order to stoke us up.”

The American press published reports of Jewish suffering, although the reports were generally given superficial treatment. In Buried by the Times, Laurel Leff claimed that because The New York Times and “other publications did not feature what was happening to European Jews as Jews on its front page, or write about their fate repeatedly in hard-hitting editorials, or highlight their plight in magazine articles or in retrospectives, the information likely was lost amid a barrage of world-shattering news. The Times’ tendency to not identify the victims as Jews and to link their fate with that of other suffering peoples made it even harder to recognize ‘the extent to which the Jews were special targets of [Hitler’s] wrath.’”

Historian Yehuda Bauer added another dimension to the equation. He said there is a distinction between having received news about the extermination of the Jews of Europe, and accepting the reports as accurate: “The process of knowing usually came in a number of stages: first the information had to be disseminated; then it had to be believed; then, it had to be internalized, that is some connection had to be established between the new reality and a possible course of action; finally, there came action, if and when action came.”

Military historian Sir Antony James Beevor quotes Harold Nicholson, a prominent member of the British Parliament and a close friend of Prime Minister Winston Churchill and Foreign Secretary Anthony Eden, who wrote in his diary in December 1942, about the meeting he and his colleagues had with several Jewish representatives. They informed him about “the extermination of their fellows by the Nazis,” and that the Germans were “particularly vindictive against children.” Nicholson noted “it is horrible that we are so saturated with horrors of war that this Black Hole on a gigantic scale scarcely concerns us.” He had a sense, he said, his fellow members of Parliament “feel not so much ‘What can we do for such people?’ as ‘What can we do with such people after the war?’” 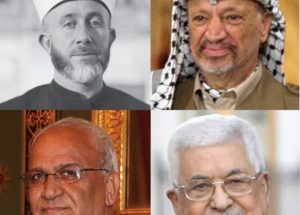 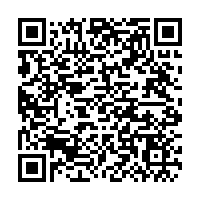