Originally published at Rubin Reports.
The “Arab Spring” is now officially over. Basically it accomplished nothing.Will anyone speak these honest, obviou words?

It is officially over because Tunisia, whose revolution started the whole thing, has fallen apart.


Tunisia’s electoral democracy was as much a failure as Egypt’s. The governing Islamist party failed.

–The crisis paralyzed the county.

–The opposition walked out of parliament necessitating a caretaker government.

–Islamist radicals created an increasing amount of violence, including the attack on the U.S. Embassy in Tunis last year and terrorist attacks.

–The economy has been a disaster.

Egypt had a coup; Libya has the growing power of radical Islamist militias.

Now comes the Age of Islamism not the Age of Democracy. That means: Iran, Turkey, Syria, Lebanon, and Gaza, or who knows? 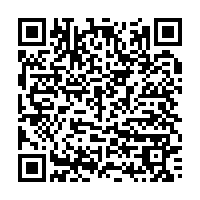