Check out these anti-Obama posters in Cairo to understand what’s wrong with U.S. policy. The opposition–the people on whose side the United States should be–are livid about their view that the United States is backing the Muslim Brotherhood. Note also how the mass media gave much attention to a few anti-Obama demonstrators in South Africa, who criticized him from the far left, but not hundreds of thousands of moderates from the center. A lot of hostility is focused on the U.S. ambassador, which is typical of Egypt where British ministers were historically–and often accurately–seen as imperial proconsuls.

Morsi said in a speech to supporters:

“We have to prove to the world that we are capable of democracy… peacefully we protect the legitimacy… legitimacy is our only guard from future faults…. I do not accept anyone saying anything or taking steps against legitimacy; this is completely rejected.” 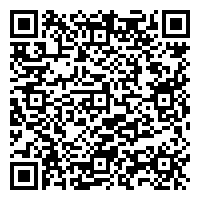