Consider one fact that demolishes the apparatus of nonsense about moderate Islamists and the credibility of those claiming there is nothing to worry about. These are the same people who have been declaring for more than a year that the Muslim Brotherhood is moderate. Yet now the Brotherhood’s presidential campaign has shown it to be extraordinarily radical, openly demanding a caliphate and Egypt being a Sharia state.


Suddenly the subject is changed. Nobody acknowledges that they were wrong about the Brotherhood. They focus now on a different candidate who we are told is the true moderate Islamist, as if their previous favorite “moderate Islamist” movement has now thrown off its camouflage.

“Democracy, as Western democracies have long known,” wrote Shadi Hamid, in predicting a Brotherhood majority in the parliamentary election some months ago, “is about the right to make the wrong choice.” True. But foreign policy, as everyone has long known, is about dealing with the consequences of wrong outcomes and trying to prevent them if possible.

We are told that Abdul Moneim Abul Fotouh is the “moderate Islamist” candidate for president of Egypt whom the West should support. He promises that Egypt will be an Islamic but civil state with equality for all of its citizens. The problem is that Abul Fotouh keeps making statements that belie that image, statements never mentioned by those who ridicule fears about Egypt’s new government.

One ignorant neoconservative commentator writing in a Canadian newspaper based his main argument that the regime would not be dangerous on the fact that the question of Israel was only raised near the end of the presidential debate. Naturally, the debate structure wasn’t determined by Fotouh and what he said about Israel was quite threatening, namely that it is a racist enemy based on occupation and threatening Muslims with 200 nuclear weapons. At any rate, the main problem is not what the new regime will do to Israel but what it will do to Egypt, to be followed inevitably by what it will do to Israel.

This follows, of course, the national security editor of the National Journal explaining that there’s no danger of a radical Islamist Egypt because he could find one (neo)conservative who agreed with him on that issue. What’s truly funny here is that I’m not exaggerating in describing their best arguments.

Here is a new statement by Abul Fotouh. In an interview on an Egyptian television station, Abul Fotouh said he was against “terrorism” but then explained that Usama bin Ladin was not a terrorist, that the United States only called him one in order to “hit Muslim interests,” and that the killing of bin Ladin was an “act of state terrorism.” In other words, he’s saying September 11 wasn’t an act of terrorism but that Obama’s policy is anti-Muslim and terrorist.

I’d agree that he’s better than the official Muslim Brotherhood candidate but there are lots of other problems with this “moderate Islamist”:

–Does he mean to keep liberal promises that contradict his previous (and current) statements on many issues?

–Can he deliver on these promises even if he wanted to do so? The Islamist non-moderate parliament and the Constitution it will write is unlikely to be along the lines he claims to advocate.

–While the other leading candidate, Amr Moussa, would resist Islamization of Egyptian society and policy, Abul Fotouh would support it, believing he can stop at a certain point, having both Sharia rule and a tolerant liberal approach. Yet what he would actually be doing is preside–whatever his intentions–over the Islamization process that cannot be easily stopped or reversed.

–If he does resist the radical parliament it will just limit his power in the Constitution. Remember that the role of the president has not yet been defined and Abul Fotouh will have no rule in legally defining it.

–How many supporters does Abul Fotouh have in parliament? Answer: Zero. Yes, the Salafists (25 percent of parliament) support his candidacy but they are more extreme than the Brotherhood. Will he alienate this base so that every Muslim Brotherhood and Salafist in parliament votes against him on every issue?

–Can a civil state be run under Islamic law. He says that he will give equality to women and Christians, to liberals and socialists. Is he going to appoint such people to high offices? Remember that non-Islamist regimes found a way to balance on this issue by appeasing the Islamists and traditionalist clerics up to a point but then using their dictatorial powers to do other things (grant a bit more rights to women; ally with the United States and make peace with Israel; implement civil law imported from Europe, etc). A democratic state dependent on a pro-Islamist electorate cannot do that. 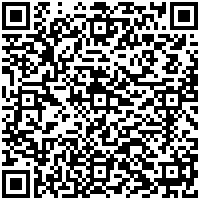