What would you call it if a former vice-president of the United States had sold his television network to a fascist or Communist front group at a time when such forces threatened America? Nothing very nice. But now Al Gore has sold out his admittedly obscure channel to al-Jazeera and taken a position on its board. Here’s an interview of myself on this issue.

1.) Is Al Jazeera a news station a former American vice president should want to associate with?

Absolutely not. There are multiple reasons.

First, al-Jazeera was originally run by Arab nationalists but these people were replaced by Islamists about four or so years ago. It is thus a radical media outlet run by people who are anti-American, anti-Christian, antisemitic, and anti-Western. In other words, it is an instrument of extremist revolutionary movements. On a number of occasions it has lent itself to promote and be used by violent terrorist groups.

Second, while al-Jazeera is more open to dissenting views than previous state-controlled media this is misleading. It is more open in English than in Arabic but former staffers in the English-language section have spoken about how it is not a free agent but the news is slanted to please the Qatari government which owns it. (They wanted to moderate the tone but the management objected because the owners wouldn’t like it.) So al-Jazeera is also an instrument of concealed propaganda.

Third, when al-Jazeera does have on dissenting views it tends to follow a formula. On a discussion show there is a radical and a moderate. The host sides with the radical and the callers always seem to be 100 percent radical (this reflects reality but also very possibly a selection by the station staff). The moderate is insulted and threatened. Thus much of the nominal openness is used to create a frenzy of hatred. Incidentally, the former Berlin correspondent spoke up publicly about al-Jazeera’s lack of function as a free media outlet and dishonesty just a few days ago.

But there’s more! Qatar, except for the (possibly soon to be overthrown) Syrian regime, is the most pro-Iran Arab government. It brokered the Fatah-Hamas deal which soon led to the Hamas coup. Far from objecting to the bloody Hamas takeover of the Gaza Strip, Qatar supported Hamas to this day. It is also the leading supplier of arms to the Muslim Brotherhood in Syria. On every issue, Qatar has taken a more radical, anti-American positions than all other Arab countries except Syria. It also was a key financier of the overthrow of the Libyan regime. This was in line with US policy but there are deep suspicions that it has its own candidates for Libyan leadership in future more radical than the current regime.

So Gore had every reason to know what he was doing.

2.) Is al-Jazeera is using Gore to gain legitimacy?

Of course. They did this before by setting up their own organization in the United States and hiring some legitimate journalists who ended up resigning in disgust–notably David Marash–when they saw what it was like. Remember that as a station Gore’s property is worthless. No one watches it. The thing is being bought only to gain its access into American homes.

Finally, a speculative point. Who is going to watch al-Jazeera most? Presumably the kind of individual who will find its ideology and indoctrination to be congenial. It will make them hate America, the West, real democracy and Israel even more. As they watch al-Jazeera’s exaggerations and fabrications of anti-Muslim violence as well as its glorification of terrorism, might they be more inclined to engage in violence?

3.) Is al-Jazeera anti-Israeli and anti-American?

Of course. And again, Gore should know this. Therefore his behavior is disgraceful. But consider what it means in this case to say anti-Israel and anti-American. The same might be said of the BBC, for example, but saying that is based on the fact that it is often or usually so. Al-Jazeera is always that way because it has a coherent political line that always must be expressed or the program will not be aired and the reporter will be fired. In other words, the former vice-president of the United States cannot tell the difference between a free media and a state-controlled propaganda organ, or–which is worse–doesn’t care. Incidentally, there are even Arab television options to al-Jazeera. If he had sold to al-Arabiya for example it would have been much more acceptable since it is more moderate. 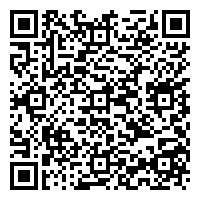