During ancient times when monarchies ruled Judea and Israel, prophets very often acted as political analysts. I’m not saying they weren’t divinely inspired—that’s easier than having to do research!—but am looking at the historical framework.  They had to consider the kingdom’s situation, the king’s behavior, and the neighbors’ strength and intentions. Their job was not to engage in wishful thinking or to be most popular or to promote their careers.

Micaiah [not to be confused with Micah) could be—if this were not so religiously contradictory—the patron saint of political analysts. My other small connection with his story is to have participated a small bit on the archaeological excavation of the town where the story took place.

Ahab was considered the worst Israelite king ever because of his pagan behavior and mistreatment of his subjects. Here’s the story, taken from I Kings 22.

King Ahab decided to recapture the town of Ramoth-Gilead. He called a meeting of 400 prophets–today we’d call them experts–to ask what the Lord wished: “Shall I march upon Ramoth-Gilead for battle, or shall I not?”

“March and the Lord will deliver [it] into Your Majesty’s hands.”

What more could one ask for? It’s like all scientists agreeing about man-made global warming; or all economists agreed that Obama’s economic plan was brilliant; or all Middle East experts agreeing that the Muslim Brotherhood won’t take over Egypt or that the Arab side is desperately seeking peace with Israel.

But Ahab’s ally, King Jehoshaphat of Judah asked: Wait a minute? Isn’t there someone missing?

Ahab responded, “There is one more man through whom we can inquire of the Lord; but I hate him, because he never prophesies anything good for me, but only misfortune—Micaiah son of Imlah.”

Jehoshaphat, however, replied, Well why don’t we ask him, too?

The king reluctantly sends a messenger who advises Micaiah:

“Look, the words of the prophets are with one accord favorable to the king. Let your word be like that of the rest of them; speak a favorable word.”

Go along and you will be richly rewarded; disagree and be persecuted at worst and ignored at best. That Amalkite Liberation Front is a secular, moderate group?  And supplying arms to the Ramoth-Gilead rebels is a brilliant idea, right?

If 400 other highly paid, honored pundits say it how can they be wrong?

Micaiah, however, isn’t intimidated. He replies: I’m not going to lie! I will only say what the Lord tells me to say. When Micaiah comes before the king, at first he speaks so sarcastically in saying, Sure, go ahead and attack the city, that the king knew Micaiah didn’t mean it. So he retorted, Come on! Tell me the truth!

So Micaiah replied, in effect: Okay you asked for it. I foresee a terrible disaster.

And why did the other 400 all agree that the proposed military attack would be a great idea? Micaiah explained it as having had a vision of the Lord who, since He had good reason to detest Ahab,

asked, “Who will entice Ahab so that he will march and fall at Ramoth-Gilead?”

A certain being (perhaps what would be today a high-ranking advisor, CIA chief, secretary of state, secretary of defense, professor, or journalist) came forward and said: I’ll do it!

The Lord asks, How?

“I will go out and be a lying spirit in the mouth of all his prophets.”

And the Lord agreed, “You will prevail.”

Imagine all of those 400 false prophets–or perhaps, to be fair, misinformed ones–bragging afterward how they had spoken truth to power as they ate their dainties, basked in the court’s admiration, and dwelt in their nice abodes. Those were their rewards, in fact, for not speaking the truth.

But, wait! There’s a paradox here:

What was Micaiah’s reward for telling Ahab the truth? One of Ahab’s men punched him and the king had him thrown into a dungeon and fed only bread and water. He was to remain in prison until Ahab’s return. Unintimidated, Micaiah replied: You’re not coming back. 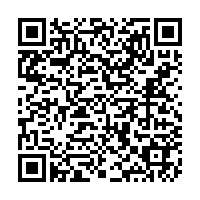