In the spring of 2000, I was friendly with a nice man, the father of my son’s friend. He was apolitical really, but his father had been a very high official of the Zionist-Marxist party (MAPAM). He had regularly voted for MAPAM or the Communist Party. By coincidence, we once ended up sitting next to each other on a flight.


I thought it would be interesting to discuss politics, which I had never done with him. After all, the Camp David meeting had failed (Yasir Arafat had refused the two-state solution and Israeli intelligence had recordings that he would never do it), and the violent second intifada was launched by Arafat with a Fatah-Hamas alliance of terrorism.

“Only [Ariel] Sharon! Only Sharon can save the country!”

That year I heard that a lot. Sometimes, as the British philosopher Samuel Johnson said, “When a man knows he is to be hanged in a fortnight, it concentrates his mind wonderfully.” That’s the difference with direct engagement with an issue.

A great number of Middle Eastern Arabs and Muslims (perhaps 85%) who think about this issue at all want to destroy Israel–far more than the Germans who wanted to kill the Jews even in 1932! And that is an undeniable fact.

The second fact is that most American public opinion, serious Christians, and absolutely shocked congressional Democrats (and Republicans) who don’t feel comfortable with Obama and Kerry’s policy are the main supporters of Israel. It will be interesting to see if and when the Democrats have to choose between Israel and real dangers to Israel.

The third factor was that such a large number of pro-Obama and radical or even anti-Israel cadre are Jews–an incredible proportion, to be honest. It is surprising but also not really so surprising. It must be confronted; and it need not be answered by more words but by political movements and by pressure.

Why are Jews so far to the left in general? Historically, it is no mystery. The Jews in the nineteenth century were modernists, supporters of change and development, because, after all, traditional society did not really have a place for them.

Second of all, the Democratic Party made a serious effort to get immigrant and other urban ethnic votes.

Third, the New Deal was very good for Jews and was strongly supported by them; many government agencies were first staffed by Jews at that time. Also many academics, journalists, and other service professions and trade unions were working government-created jobs.

Fourth, of course, was the fight against fascism led by the Democratic Party in that era. You would think that the Democratic view is out of date, but of course it is not, for example, because of cultural trends. It is just unfashionable to be Republican, whereas Liberal Democratic politics are associated with all that is smart, good, and stylish.

It is equally important to keep in mind that Jews are very sensitive to racial and religious discrimination. So why is antisemitism that is connected to popular liberal politics so easily overlooked, exploited by the modern left into minority can do no wrong?

Let’s look at Reverend Wright. Despite the fact that Reverend Wright was obviously involved in potent antisemitism, saying in a 2011 speech in Baltimore, “The state of Israel is an illegal, genocidal… place,” then continuing to state that “To equate Judaism with the state of Israel is to equate Christianity with [rapper] Flavor Flav.” These comments, however, were forgiven because of his connection to Obama’s campaign: crime, never punishment. 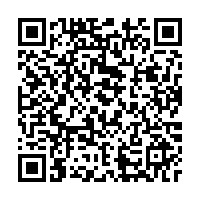