The issue of government subsidies for Palestinian terrorist salaries is again in the international spotlight. What began in November 2013, as a barely believable revelation — that taxpayers in Great Britain, the US, and other Western nations were bankrolling terrorist salaries — has now become a universally-acknowledged, impossible-to-deny, and impossible-to-defend embarrassment for governments.

For years, officials dissembled and dodged when the question came up. After a period of silent disbelief, the mainstream media now openly confirms the salaries and routinely refers to the program with ipso factuality. Political challengers on both sides of the Atlantic stridently demand that incumbents terminate foreign aid that amounts to taxpayer-incentivized terrorism. A recent in-depth study in Israel calculates that all terror incentives and rewards paid by the Palestinian Authority over the past four years total a mind-numbing one billion dollars.

Intense public pushback and the spread of terrorism, from “something over in Israel” to atrocities in leading European and American cities, have cracked entrenched governmental refusals to stop the financing. But it has been a long road.

In November 2013, revelations first leapt into global headlines that convicted Palestinian terrorists were receiving monthly salaries paid by the Palestinian Authority using foreign donor funds. The Palestinian “Law of the Prisoner” openly rewards those convicted of even the most heinous attacks with generous monthly “salaries” and phantom jobs with automatic advancement in the PA government.

The salaries increase on a sliding scale. The more carnage inflicted, the longer the prisoner sentence, the higher the salary. Terrorists receiving a five-year sentence are granted just a few hundred dollars each month. The bloodiest murderers are paid as much $3,000 monthly. Checks are sent directly to the prisoner, who appoints a power of attorney to distribute the funds.

In 2013, the first spotlighted salary program operated by the Ministry of Prisoners was estimated to consume some $5 to $8 million monthly, with other benefit programs doubling that sum. In all, some 8 percent of the PA budget was diverted to terror. But that money was the tip of the cash pile.

The chronically bankrupt PA relies upon foreign aid to pay the salaries. and prioritizes the monies received into the salary program before any civic expenditures on health, welfare, education, or infrastructure programs. In every Western country, financial support for terrorism makes such funding illegal. Yet, the UK, EU, and the US, through their fungible aid, effectively act as the chief bankers of the terrorist salaries. Thin attempts by government paymasters in various countries sought to portray the monies not as “salaries” but as “welfare.” Ironically, the PA itself

vigorously refuted that claim, bragging that such payments are proud rewards to its cherished fighters, including the type of terrorist that would slash the throat of children in their kibbutz beds. Indeed, the term for the payments is rawatib, which in Arabic does not mean “welfare” — it means “salaries.”

Shortly after the 2013 disclosures, Rep. Trent Franks of the House Terrorism, Non-Proliferation, and Trade Subcommittee became one of the first to grasp the implications. He scheduled a formal hearing on the topic and loudly demanded that Washington cut all foreign aid to the PA. American foreign aid payments amount to roughly $400 million per year. Likewise, in February 2014, after a House of Commons presentation, key MPs insisted that London halt the roughly £70 to £90 million annually donated to the PA by the British treasury. A formal hearing in the Canadian House of Commons and a session in the European Parliament yielded a similar outrage among a few key legislators.

But most other US, UK, and Canadian legislators were incredulous and felt the disclosures could not be true. No change occurred.

But after a fractious debate in the US, the first meaningful change in the terrorism reward status quo finally occurred. In mid-June 2014, a late-night compromise in Congress resulted in an unpublicized fiscal 2015 budget reduction. The last-minute insertion reduced “the amount of assistance … for the Palestinian Authority by an amount … equivalent to … payments to individuals and the families of such individuals that are imprisoned for acts of terrorism or who died committing such acts during the previous calendar year.”

Seeing $60 million or more disappearing from its coffers, the PA abolished the governmental Ministry of Prisoners, through which the salary payments were made, and began funneling the cash through an outside Palestine Liberation Organization agency known as the “Prisoners Authority.” The Prisoners Authority reports directly to PA president Mahmoud Abbas. Notably, the PA itself is subordinate to the PLO. A transparent re-routing of the same funding of terrorist salaries drawn from taxpayer funds changed nothing for taxpayers. Throughout 2015 and 2016, major media confirmations in the Daily Mail, The Telegraph, The Wall Street Journal, and many other publications — undeniably tardy — confirmed what Jewish and pro-Israel groups had been calling out since 2013 with petitions, single-issue protest websites, advertisements, and litigation efforts.

An exploding universe of researchers, activists, NGOs, and Israeli officials joined the fray. These included the most vigilant Palestinian Media Watch, as well as StandWithUs and NGO Monitor. Each added a disclosure, study, or proof point to the edifice of undeniability. In February 2015, a rare media intervention lawsuit (similar to a Freedom of Information action, but directed at private litigation) secured some 5,000 pages of US court-sealed PLO terror salary documents. The files proved that senior PA officials — including President Mahmoud Abbas himself — scrutinized the details of terrorist carnage before approving monthly salaries. PA leaders could no longer distance themselves from the salary program.

The first tectonic shift came in March 2016 at the AIPAC annual policy conference in Washington, DC. During the run-up to the conference, numerous pro-Israel groups, led by StandWithUs, reminded the candidates that terrorist salaries must be opposed. Their efforts paid off. Hour after hour, every candidate’s speech, from Donald Trump to Hillary Clinton, loudly proclaimed that the PA must stop rewarding terrorists. From that moment on, the mumble and grumble became a public roar.

In September 2016, a group of leading Republicans introduced the Taylor Force Act, named for the 28-year-old Texas student who was killed by a terrorist while in Israel. The proposed Taylor Force Act, stuck in committee, would terminate all PA funding if payment of terrorist salaries continued. The measure has been a rallying call for pro-Jewish groups.

A second ground jolt occurred in October 2016, when British International Development Secretary Priti Patel briefly halted £25 million in aid to the PA, conceding it may have gone to pay terrorist salaries — a conclusion previously denied. Funding quickly resumed with the assurance that only regular PA employees would be paid. Ironically, many of the thousands of staffers on the PA’s employment payrolls hold phantom jobs awarded to convicted terrorists still sitting in Israeli prisons.

On November 1, 2016, just a week before the American election, former Israel intelligence officer Yossi Kuperwasser put all the numbers together for the Jerusalem Center for Public Affairs. He documented that the salaries, plus “martyr” payments to families, plus regular terror bonuses, including other related expenditures, had increased to $300 million per year. In the nearly four years since the original 2013 disclosures, the PA had spent a stunning one billion dollars on terror. In 2016, nearly 30 percent of all foreign money received was diverted to the cause of terror.

The true number actually exceeds one billion dollars if other diversions from education, sports, and security funds are tallied. Israel Ambassador to the UN, Danny Danon, called a press conference at the UN displaying a large poster declaring, “The Palestinian Authority has paid a $1,000,000,000 to terrorists.”

On May 3, 2017, the tense meeting between President Trump and President Abbas pivoted on terror issues. According to a White House statement, “President Trump raised his concerns about payments to Palestinian prisoners in Israeli jails who have committed terrorist acts, and to their families, and emphasized the need to resolve this issue.”

On May 26, 2017, Norway’s Foreign Minister learned that a women’s center it funded was named for a notorious terrorist who massacred a bus full of passengers. Norway’s Minister of Foreign Affairs Børge Brende declared, “The glorification of terrorist attacks is completely unacceptable.” He demanded the money be repaid. On June 3, 2017, 277 recently-released Hamas terrorists publicly complained that their salaries had been suspended to appease the Trump administration. Soon, Iran stepped in to provide a special subvention. Two days later, Kuperwasser published an analysis suggesting the PA may at last be genuinely be backing away from the salary program as a concession to Washington. But since, then, Palestinian public opinion, agitation by the Palestinian quasi-NGO “Prisoner’s Club,” and other public pressures have caused Abbas to openly deny the PA will ever stop paying prisoner salaries. When Trump senior advisor Jared Kushner met with Abbas in Ramallah on June 21, the session blew up over terrorist salaries. Abbas vehemently refused to curtail the payments. As recently as July 2, Abbas publicly proclaimed, “Even if I will have to leave my position, I will not compromise on the salary (rawatib) of a Martyr (Shahid) or a prisoner.”

The next chapter in the saga of taxpayer-funded terrorism will be written by the policymakers of governmental paymasters, undoubtedly in blood. Edwin Black is the New York bestselling author of IBM and the Holocaust, and Financing the Flames, which in November 2013 broke the terrorist salaries story worldwide. He filed suit to obtain some 5,000 court-sealed PA terror salary documents, and has testified or presented on the subject in five national legislatures. 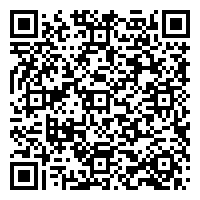