Last April, Belgium’s Justice Minister, Annemie Turtelboom, and its Foreign Minister, Didier Reynders, went on an official visit to Morocco, where they had an appointment with Morocco’s Prime Minister, Abdelilah Benkirane, the leader of the Islamist Justice and Development Party. Benkirane refused to address Ms. Turtelboom because she is a woman; he talked exclusively to Mr Reynders. Benkirane’s misogynous views are rooted in Koranic verses expressing contempt for women, considered only half the worth of men.

After Ms. Turtelboom had returned home, she admitted that although she had felt insulted, she had deliberately not responded to the humiliation to “avoid a diplomatic row.” Indignant female Belgian parliamentarians of Moroccan origin demanded that the Belgian government protest the treatment of the minister. But both the minister and the government preferred to remain quiet and forget the incident.


Last week, when Laurette Onkelinx, the Belgian Minister of Health, attended the annual world health conference in Geneva, she was greeted by her Israeli counterpart, Yaakov Litzman, a Hassidic Jew, who politely refused to shake Ms Onkelinx’ hand, and explained that religious stricture prevented him for doing so. Ms Onkelinx is making a great fuss about this. “My hands are clean!” she posted on her official Facebook page, comparing the Israeli minister to an Iranian official. “This kind of fundamentalist attitude, connected to a certain perception of religion and women, troubles me deeply,” she wrote.

The difference in the responses of the Belgian government ministers during the two incidents is striking. The personal insult to a female minister by the Islamist Prime Minister of Morocco was downplayed in order to “avoid a diplomatic row.” No such caution was taken into consideration when the Hassidic Israeli minister declined to shake the hand of his female Belgian colleague. On the contrary, it would seem that the latter incident is deliberately being blown out of proportion.

Ms Onkelinx, who was once married to a Moroccan, has a large Muslim constituency. “The minister’s childish reaction demonstrates her ignorance,” Michael Freilich, editor of Joods Actueel, Belgium’s largest Jewish publication, initially commented. Later, however, Freilich disclosed that Onkelinx had not been ignorant at all. Pinchas Kornfeld, secretary-general of the orthodox Jewish community Machsike Hadas in Antwerp, Belgium, told Freilich that he had met Ms Onkelinx on several occasions. “She is well aware that I would never shake her hand, but she is also aware that I have the greatest respect for her and for women in general,” Kornfeld said.

Consequently, it would seem that Onkelinx is eagerly using the incident in a deliberate attempt to embarrass Israel in the eyes of the Belgian public, depicting the Jewish state as backward, misogynous and intolerant – a state comparable to Iran.

The same deliberate moral equation of Israel with its mortal enemies can be seen in European Union reports on the situation in Jerusalem. The truth is deliberately misrepresented. Each year, through secretive processes, the EU donates tens of millions of euros to biased political NGOs on the West Bank and in Israel. Even the money of Jewish taxpayers is abused for this purpose. The reports of these very NGOs are subsequently used as the basis for EU policy statements and recommendations which undermine the Jewish claims to Jerusalem.

Jason Edelstein of NGO Monitor says this attitude is indicative of Europe’s neo-colonialist agenda in Israel. “European colonialism ended after the Second World War,” writes Edelstein. “And while African and Asian countries experienced post-colonial challenges, Israel developed quickly into a democracy with a burgeoning economy. But, along with these successes, Israel also became a playground for a neo-colonialist European agenda with its goals being to meddle and manipulate the Israeli democratic processes.”

The same phenomenon is currently at play in the Belgian attitude towards Israel. Belgium with its bloody colonial past, including King Leopold’s crimes in the Congo, bites its tongue when dealing with Islamic insults, but balks in indignation at the behavior of an Orthodox Jew. It lectures the Jewish State, but refrains from criticizing Islamists. 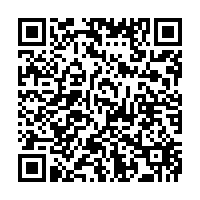