Not all anti-Semites are wild-eyed Hamas operatives with bombs strapped to their bodies or knives raised in anger. Nor are all anti-Semites Israel-hating BDS frauds. There is a strain of anti-Semitism that is far more intellectual in its roots, but its expression can be quite real. Secretary of State John Kerry is an anti-Semite of the latter school. He and his boss, President Obama, hold a perverted view of Israel and its (Jewish) citizens, and their personal views distort every action and decision made regarding Israel. And they risk lives, including American lives. Their refusal to transfer weapons in a timely manner during a hot war with Hamas last summer set off a red light within the Israeli establishment: this is an administration that cannot be trusted in times of danger.

The recent spasm of Palestinian terror terrifying Israelis has seen Kerry’s Israel dementia on full display. The Palestinians slash and murder innocent Jewish women and children. Kerry’s response: it’s the Israeli building in the settlements that is the problem. Let’s say that Palestinians are “frustrated” by the lack of peace, as Kerry’s spokesman claims; does that give them the right to kill? Where is such a right enshrined in international legal standards? Israeli citizens and police are using force to stop killers cold. Kerry’s response: too much force. How many times have American law enforcement officers used lethal force to stop active shooters at schools or in other public places? The Secretary sees no good in Israel or Israelis. Violence against Israelis is Israel’s fault; reasonable actions to stop an active shooter or stabber is called excessive force. Such standards apply to no other nation in the world. When other countries deal with threats against their citizenry, nary is a word said by the US or the UN. Turkey blasts away at the Kurds and China “deals with” its Uyghur “problem” and the US and UN say nothing.


The flipside of America’s obsession with Israel’s perceived failings is the kid glove treatment used to deal with the Palestinians. The US routinely justifies Palestinian violence as expressions of disillusionment with the “peace process”. Many Americans seem disillusioned with lost coverage due to Obamacare or America’s declining influence in world affairs, yet people are not ambushing fellow American citizens or stabbing 13 year old kids out riding their bikes as a result. In our lawsuit against the Palestinian Authority (PA), Sokolow v. PLO, the State Department went so far to file a Statement of Interest asking the judge not to seek an appeal bond for the $655.5 million judgment against the Palestinian Authority (PA) and PLO due to the difficult financial situation of the PA. I want to ask a question. If some Palestinian-Americans had somehow won a similar judgment against Israel in US Federal court, do you think that Kerry and Obama would run to court to ask for financial mercy for Israel in lieu of payment? “Felafel sales are way down due to reduced tourism, Your Honor, please don’t ask Israel to put down any money.” My guess is that Obama and Kerry would not stop droning on how Israel has to pay, how important American citizens are to the government, and that Israel has to act as a responsible international actor. For the Palestinians, it’s always, how can we help, how can we run interference for you. For the mostly Jewish plaintiffs against the PA and its minions, it’s only how can we harm your case and interests.

John Kerry is an anti-Semite, and he will always see Israelis at fault, even for terror directed at Israeli (and sometimes American) citizens. Jewish American terror victims will always be a nuisance, a thorn in the side of that ever ephemeral dream of “two states for two people”. If John Kerry had acted in good faith in our case, he would have minimally stayed out. If he could have mustered himself to be a mensch, he might have tried to broker a settlement to finish the case off after 11 years. If he was a true patriot, he would have told Abbas to pay up and get out of the terror business. And let’s think about it: if Kerry and Obama had pressured Abbas in our case to settle (we have been willing to settle since we filed and even after we won in court), the PA leader may have been far more reluctant to incite his people against the Jews. He would have realized that American citizens might be harmed, and that he would be on the hook for their suffering. Abbas might not have started so quickly with his “Jews and their dirty feet” comment regarding the Temple Mount if he might again meet our lawyers in an American courtroom. He would have minimally asked his people to check for American passports before stabbing and shooting.

Terror undermines civil society. There are times here in Jerusalem after a period of attacks in which a person might have a city bus all to himself. Stores suffer, tourism withers, and the economy goes south. Fighting terror means stopping terrorism wherever it may be. The US may want peace between Israel and the Palestinians, but shielding and supporting the PA, found guilty in a Manhattan courtroom of providing material support to terrorists, will only prolong the bloodshed and misery. Less than a month after the Statement of Interest was filed by Kerry to save the PA, Abbas went on an anti-Israel binge that has brought his people into the frenzied state of hatred and violence that exists today. Getting tough with the PA and Abbas may be against John Kerry’s conscious and beliefs, but it might be the first step in bringing real peace that can last. No doubt John Kerry has plenty of Jewish friends who will swear that he is not an anti-Semite. When he demands that Russia get out of Sakhalin Island (the Japanese want it back) and Turkey get out of Cyprus (they did invade and occupy half of it) as he routinely does with Israel and the territories, I will believe them. 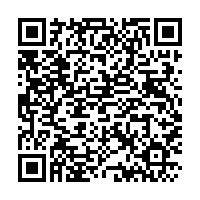