Although they often complain, life as an Israeli Arab isn’t half bad. An examination of spending and consumption in the Israeli Arab sectors shows a quality of life which compares nicely with Haifa and Ashkelon. Meanwhile, the government pours millions in revenue support grants and support for corrupt municipalities. But who cares when you can throw rocks and stab people in the name of Falastin?

“They shot him just because he’s Arab!” is the slogan yelled by the masses of Israeli Arabs protesting the death of an Arab who tried to kill Israeli policemen just because they’re Jewish. The Arabs have shut down the schools, closed their businesses and started intifada-style riots. Why? Because article 17d, policemen need to fire at the legs and then the head?

One would have to be particularly naïve – or particularly left-wing – to believe that this is the cause of the riots. There are times when the truth has to be said. And when the riots are virulently nationalist, with Palestinian flags and lynching of Jews, then it’s probably not a protest for fair wages or higher budgets.

The Arabs and their well-wishers like to speak about “years of discrimination” which led to the buildup of tension and genuine class-based “rage”. It’s a nice sound bite, but when you check the actual data, it turns out that the facts are far different, and even if there are gaps, they certainly are not severe enough to excuse or justify an intifada.

Better Than Life in Haifa

Populations are usually compared based on income data – how much Jews and Arabs make and “what this says about us as a society.” But this measure is misleading and faulty; it makes no reference to unreported income or non-monetary income (presents or goods). Considering the differences in income and work habits of Jews and Arabs, these are critical lacunae.

In order to bypass these problems, we need to set aside income and focus on consumption: how much money do people spend? How much property – real estate, cars – do they own? And so on in this vein. 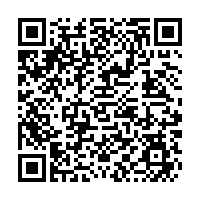