In 2015, following in the footsteps of Presidents Mubarak and Sadat, Egyptian President Al-Sisi does not subordinate Egypt’s national security ties with Israel to Egypt’s ties with the Palestinians.


President Al-Sisi – just like his two predecessors – considers the transnational Muslim Brotherhood and Palestinian terrorism mutual threats to Israel, Egypt, Jordan, Saudi Arabia and other Arab Gulf States, which have never regarded the Palestinian issue as a top priority, and have denied the Palestinian Authority their financial generosity. Notwithstanding Palestinian opposition, strategic cooperation between Israel and Egypt, as well as between Israel and Jordan and other moderate Arab regimes, has surged to an unprecedented level.

In 2014, Al-Sisi and most pro-US Arab regimes – which have never embraced the myth of Palestinian centrality – supported Israel’s war on Palestinian terrorism in Gaza, which also haunts Egyptian and Jordanian homeland security.

In 1977, Egyptian President Sadat embraced Israeli Prime Minister Begin’s peace initiative, in spite of stormy Palestinian opposition, and in defiance of President Carter’s initial objection to direct negotiation between Jerusalem and Cairo. Carter promoted the concept of an international conference, centering on the Palestinian issue, which he assumed was the chief axis of the Arab-Israeli conflict. He pressured Begin to highlight the Palestinian issue, but received no effective support from Sadat.

Israel-Arab relations, in general, and the Arab-Israeli conflict, in particular, have never revolved around the Palestinian axis, irrespective of Western conventional wisdom and political correctness, which have been shaped by Arab talk rather than Arab walk, by oversimplification and wishful thinking rather than Middle Eastern reality.

The 1948/49 War was launched by Arab countries, against the newly-born Jewish State, at the expense – and not on behalf – of a Palestinian cause, exposing the myth of Palestinian centrality. Thus, Iraq leveraged the war to advance its goal of intra-Arab hegemony and control the oil pipeline from Kirkuk to Haifa; Jordan joined the assault on Israel to expand all the way to the Mediterranean; Egypt was more interested in foiling Jordan’s expansionist plans than the annihilation of the Jewish State; and Syria aspired to advance its vision of Greater Syria.

The 1948 War was not a war of, for, or (mostly) by Palestinian Arabs. According to Prof. Efraim Karsh, a leading Middle East expert from London’s Kings College, “the 1948 pan-Arab invasion of Israel was a classic scramble for territory and not a battle for Palestinian national rights. As the first Secretary General of the Arab league, Abdel Rahman Azzam, admitted, the goal of Jordan was to swallow up the central hill regions of Palestine…. The Egyptians would get the Negev. The Galilee would go to Syria, except that the coastal part as far as Acre would be added to Lebanon.”

The 1956 (Sinai) War was also not triggered by the Palestinian issue. It was a derivative of Egyptian-sponsored terrorism (activated by Palestinian Arabs in Gaza), aimed at undermining Israel’s sovereignty in the Negev; Egypt’s nationalization of the British and French-owned Suez Canal; and Egypt’s support for anti-French elements in Morocco, Algeria and Tunisia. 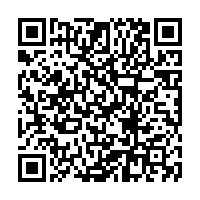