During the Schottenstein’s visit to the United Hatzalah Jerusalem headquarters, the organization’s volunteer dispatch center received a call reporting that a kindergartener in Rishon Letzion was unconscious. The dispatch controller sprang to action and put out an emergency call on his mobile phone using a sophisticated proprietary app that uses a GPS tracking system to locate and notify the nearest United Hatzalah volunteer. This volunteer confirmed that he would arrive at the kindergarten in two minutes.


“Our goal is to have the most immediate response of all emergency calls,” said Eli Beer, founder and president of United Hatzalah. “We get about 700 calls daily, and in order to care of each one it is crucial that we have the fastest response rate.” The newest addition to United Hatzalah’s fleet of ambucycles will be given to volunteer Nachum Bernstein in the Ramat Eshkol neighborhood of Jerusalem.

“We have developed a relationship with United Hatzalah through the help of our parents, Jay and Jeanie [Schottenstein]. They have instilled in us the value of giving, and there is no better organization to give than an organization that helps saves lives,” the Schottensteins said.

Known throughout all of Israel, United Hatzalah is more than just an emergency response organization. They go above and beyond the call of duty. To illustrate this idea, Beer shared a story of a car accident near Pisgat Ze’ev, a Jerusalem suburb. United Hatzalah dispatch received a call reporting the emergency.

The volunteers chose to go above and beyond their call of duty and deliver the groceries to the family’s home in Ramat Shlomo. Upon arriving at the home, the volunteers discovered that the couple’s children had been waiting for their parents. The volunteers stayed with the children until another family member came to care for them. These volunteers not only cared for the victims of the accident but they cared for the entire family. 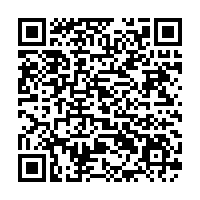