During the Obama years, concerns about Israel’s security situation focused on the Iranian nuclear weapons program. Today, the focus is changing: to the growing Iranian military presence in Syria, the growing military strength of Hezbollah, and the possibility of a devastating Israel-Hezbollah conflict.


That is the subject of a new article in Strategic Assessment, the magazine of Israel’s Institute for National Security Studies. Entitled “Political and Military Contours of the Next Conflict with Hezbollah,” it was written by Gideon Sa’ar and Ron Tira. Tira is a strategist who was a long-time Israeli Air Force officer and pilot; Saar is an influential Israeli politician who was for 11 years a Likud member of the Knesset.

It’s dangerous to try and summarize a complex and in many ways worrying text, but I will try. First, war is possible: “A conflict could break out due to a miscalculation, a failure in strategic communication, or uncontrolled escalation.”

Hezbollah’s build-up of precision weapons presents an enormous threat to Israel, as does the growing Iranian presence in Syria. Together, this may constitute “an attempt by Iran and Hezbollah to reach a strategic balance with Israel, or even to gain the capability to launch a strike that will cause significant damage to critical (military and civilian) systems in Israel.” How so?

In certain senses Israel is unusual in its vulnerability to precision weapons, as on the one hand it is a Western country with advanced critical infrastructure, and on the other hand, it is a small country with concentrated critical infrastructures and little redundancy. Regarding electricity generation in Israel, for example, out of a capacity to generate about 17,600 MW of electricity, 28 percent is installed in only two sites (with 10 cumulative production units – turbines, for example). The six largest electricity generating sites in Israel (including private ones) account for 51 percent of the national capacity for electricity generation (using only 26 production units). Thus the threat represented by even a small number of precision missiles that breach Israel’s countermeasures and strike critical systems, such as electricity generation, could be unprecedented. The picture is similar with regard to other critical systems, such as national electricity management; natural gas infrastructure; sea water desalination (only five facilities supply about half of Israel’s drinking water); and many other examples from civilian and military fields.

How should Israel then act? “Israel must define red lines, including Hezbollah’s acquisition of precision weapons, and particularly the manufacture of precision missiles on Lebanese soil, as well as the future deployment to Syria of high impact Iranian weapon systems (such as advanced surface-to-air missiles, coast-to-sea/coast missiles, and precision surface-to-surface missiles), and be prepared to move forward in an escalation process – as much as is necessary – to foil these buildups.”

In addition to the Hezbollah build-up, the presence of Iranian forces in Syria is a new development that did not exist when Hezbollah and Israel last fought, in 2006.

Therefore, Israel must examine whether to define a red line of Iranian military buildup in Syria, and if so, be prepared to advance in escalation as far as is necessary in order to prevent such buildup. Growing Iranian military presence in Syria could force Israel to look at the Syrian and Lebanese theaters as one whole. Israel will have to consider whether to continue accepting Iranian activity via its proxies and covert forces, and operate against these proxies – or to act directly against Iran.

Why is all this happening now? Sa’ar and Tira theorize that the JCPOA, the Obama administration nuclear deal with Iran, may be the culprit:

Indeed, it is possible that the temporary and partial suspension of the Iranian nuclear program is incentivizing what looks like an attempt to reach a strategic balance against Israel in other spheres (to some extent as compensation for suspension of the nuclear program), resulting in a dynamic of escalation. These processes could very well put the regional system at a crossroads, and raise the probability of war.

There is one other new development: the role of Russia in Syria, which was not present during the 2006 conflict. As the authors note, “any hostilities on Israel’s northern border could include or spill over into Syria for a range of reasons.” The Russian presence makes the entire context different:

Israel has the ability to pose a real threat to the Alawite regime, and to degrade the forces defending it significantly. An extension of the fighting to Syria, and in certain cases fighting in Lebanon that projects into Syria, could interfere with Russian attempts to stabilize its own order in Syria.

Therefore, Russia could try to limit Israel’s political, strategic, and even operational freedom to act. At the same time, Russia is a new element affecting the conduct, restraint, and deployment of all parties, the nature of any possible settlement in Syria, and the possible termination mechanisms for ending a conflict. Russia’s new role in the arena could both coerce Israel and enable it to achieve political and strategic objectives using short, limited, and gradually escalating applications of force, combined with political dialogue with Russia and the United States – and it is possible that in certain circumstances such a framework should be the defining idea of Israel’s concept for fighting in this arena.

All of this means that Israel must now decide, in any conflict, exactly who is the enemy: “The obvious enemy is Hezbollah, but Israel can also de ne the enemy as the Lebanese Republic, a contention that is increasingly valid as Hezbollah becomes the main shareholder in Lebanon. The enemy could be defined as the Iranian-Hezbollah axis and the Alawite regime – and this intensifies as the Shiite axis expands its ambitions to establish itself in Syria.”

there is only a limited range of “positive” and achievable objectives that Israel can hope to attain from Hezbollah and from Lebanon. While the purpose of an armed conflict is always political, in many contexts it is hard to find a political objective that is both meaningful and achievable at a reasonable cost, and that is the reason for the basic lack of value that can be found in an Israel- Hezbollah military conflict.

That’s because Russia cannot be expelled, Lebanon will remain roughly half-Shia, and Hezbollah will survive—as will its relationship with Iran. After the war, the best assumption would be that Hezbollah will rebuild, as it did after 2006. But Hezbollah would achieve nothing positive in such a conflict, suffering immense damage and bringing immense destruction upon Lebanon. Its only possible “gain” is the damage it would inflict on Israel. In a way this is the only “good news:”

Therefore, at the fundamental level, both sides have only modest “positive,” vital, and achievable wishes from one another (for example, there is no valuable asset that both sides want – as both Israel and Egypt perceived Sinai and the Suez Canal in 1973). Therefore both sides should have large question marks over the cost-benefit ratio of a high intensity conflict. This is an important stabilizing and restraining factor.

If war comes, Israel must try to do the most devastating damage to Hezbollah as quickly as possible, while of course trying to limit the damage done to Israel and its infrastructure. This argues for trying to limit the length of the war, because “there is strong linkage between the depth of damage to be inflicted on Hezbollah and the military and civilian price to be paid by Israel for inflicting that damage.” Put another way, “it can be assumed that there is a direct link between the duration of the conflict and the civilian and military price to be paid by Israel.” This does not necessarily imply that Israel should, on day one of a conflict, send the whole IDF into Lebanon (something it did not do in 2006, and which led to criticism that there was too much reliance on the Air Force in the early days of the war) because “since 2006 the nature of the threat has changed, and the ground offensive that was relevant in 2006 would probably not achieve the same benefit today.”

One clear piece of advice Tira and Sa’ar offer is that all of these issues should be discussed now, not once a possible conflict commences. They conclude their article by writing that the next round of fighting will presumably not end “elegantly.”

Israel will not necessarily be the one to fire the last shot, Hezbollah will likely not “capitulate” and will continue to build up its capabilities, and Hezbollah presumably will continue to promote the narrative of its own “victory.” This is an “advanced,” mature, and not glorious narrative, which must be prepared in advance. To create coherence on the Israeli side, such a narrative should be introduced in advance to Israel’s political, military, and public arenas.

In other words, there will be no 1967-like smashing victory in such a war. Some of the possible gains will not even be visible until time passes: whether the war constitutes a permanent setback to Iran’s ambitions in the Levant and especially in Lebanon, limits Hezbollah’s arms build-up in the period after the war, and strengthens Israel’s deterrence so that another conflict does not occur or is very long postponed.

Tira and Sa’ar have written a rich, careful, thoughtful, and in many ways disturbing analysis. But as I hope is clear from this effort at summarizing their views, it is an analysis that well rewards a careful reading. 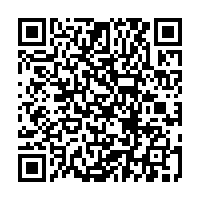