{Written by Rotem Nimkovsky and originally posted to the MIDA website}

The Arabs mark May the 15th as a day of remembrance for the catastrophe, the “Nakba” in Arabic, that befell them with the creation of the State of Israel. They claim the “indigenous” Arab inhabitants had to flee their “homeland” as a result. They conveniently fail to mention the reason for the “catastrophe” and where these supposed indigenous Arab inhabitants actually came from and when.

UN General Assembly resolution 181 of 1947 called for the partition of the British Mandate in Palestine into separate Jewish and Arab entities. The Jewish leadership accepted the resolution. The Arabs countries rejected it, which is their right. What they had no right to, was to declare war on the Jewish population in the area.

The armies of seven Arab countries set out to destroy the Jewish state, which they outnumbered a hundred to one. They also persecuted the Jewish citizens who lived in their own countries for hundreds of years, forcing them to leave and take refuge in the newly created State of Israel.

The Arab nations, together with the Arab population in the British Mandate area, sought to annihilate the Jews in the region and failed. The only catastrophe for them in this scenario was that they lost the war.

As in any war, people were uprooted and made to relocate. Nearly a million Jews – who were not even involved in the hostilities – were expelled from Arab countries; and over 600,000 Arabs from Israeli territory, many of whom were actually told to leave by the advancing Arab armies.

The “Mandate for Palestine” by the League of Nations (1922) defined the borders of the homeland of the Jewish people as the area between the Jordan river in the east, to the Mediterranean Sea in the west. This, as explained, due to a long historical and deep religious connection of the Jews to this land. It defined “Jews” as the people of the land which the San Remo commission (1920) called “Palestine”, using the old Roman title “Syria-Palestina”, given by Caesar Hadrian, in 132 a.d.

The Jews brought back the original name of “Israel” (ישראל) after almost 2000 years. To counter that, the Arabs adopted the Roman term “Palestine”, a word which is has no meaning in Arabic. Although the original founding document of the Palestine Liberation Organization terror group, the “PLO” said in 1964 (Article 24): “This Organization does not exercise any territorial sovereignty over the West Bank in the Hashemite Kingdom of Jordan, on the Gaza Strip or in the Himmah Area”, the PLO emblem, as well as that of the Hamas, define a “Palestine” in the same exact borders the League of Nations used for the Land of Israel: from the Jordan River to the Mediterranean Sea.

They claimed indigenous status as “Palestinians” who lived in the area for generations. A review of history though, shows that from the time of the expulsion of the Jews by the Romans, the inhabitants of the area fluctuated.

From the time of the conquest of the land by the Muslim Arabs in 636 CE, the rulers of the land constantly shifted between Muslims, Crusaders, Arab Tribes among themselves and even the Mongols. This until 1517, with the Ottoman conquest that brought a measure of relative stability to the country, but also not for long.

The waves of conquests and wars; natural calamities such as earth quakes, harsh living conditions; as well as the periodic plundering of Arab Bedouin tribes from the desert, made the area undesirable. There are relatively few elements that can prove continuity of settlement in the Land of Israel whether Jew or Arab.

Thus, on the eve of the Zionist settlement, which began with the founding of Petah Tikva in 1878, the country was mostly deserted and abandoned. Its population was sparse and partly nomadic. Famous tourists who visited Israel at the time testified separately to this situation: They found a small rural Bedouin population living in muddy huts and described the place as a marshland, mostly uncultivated terrain, used as a grazing fields for goats and sheep. The local inhabitants were not the owners of the land. The owners were wealthy families from throughout the Ottoman Empire, who had no use for the land beyond the titles and honors it bestowed upon them.

With the migration of Jews to the Land of Israel between 1870 and 1947, the Arab population in the area grew by 270%, nearly three times that of Egypt, the Arab country with the highest natural birthrate at the time. In other words, the increase was mostly due to migration.

The mass immigration was the result of economic development and modernization following Jewish immigration. The Arab immigrants came in search of a livelihood.

Tawfiq Bey al-Hourani, the Syrian governor of Hauran, said in 1934 that “over 30,000 Syrians invaded Palestine within a few months.”

Winston Churchill, on May 22, 1939, stated that Arab immigration during the Mandate period to Palestine was so great that their numbers grew by such a rate that even the Jews of the entire world could not match.

According to the British census in 1931, the Muslims in the country were not necessarily Arabs, judging from the languages they spoke: Afghan, Albanian, Arabic, Bosnian, Circassian, Kurdish, Persian, Sudanese and Turkish.

The Arabs themselves admit that Palestinian identity is forged as we showed in a previous article by Judith Bergman and as seen in the following video:

It is clear from this that Arabs migrated en masse to the area around the same time as Jews immigrated here. But there is another, very simple way to identify the origins of the Arabs, and that is according to their surnames. In the Arab communities, the surnames identify the tribe, or clans which one belongs to, a country or a region of their roots, and in some cases a profession.

It is important to stress that in the tribal culture the loyalty of each individual is first and foremost to their tribe and family. The western concept of nationalism is foreign to the Arabs’ tribal cultural. This is one of the reasons that with the fall of the central authority in Arab countries in the past decade, those nations have fallen into disarray.

Yasser Arafat’s full name for example, is Yasser Yusuf Arafat, Al-Qudwa, Al-Husseini. While he claimed he was born in Jerusalem, he was born in Cairo and his father’s family originates from the tribe of Al-Qudwa, which is in Syria. His mother, Husseini, was an Egyptian citizen, though the name exposes her roots in the region between Iraq and Saudi Arabia.

Here are some of the origins of common Arabic surnames one can easily find in any phone book in Israel, as well as on the map which reveals their location of origin (Since these names are all in Arabic, some might be spelled differently in other places):

These are the locations of some of the Arab tribes in Israel who are mistakenly referred to as “Palestinians”:

East Jerusalem – Hejazi (The Hejaz region is the eastern shoreline by the Red Sea, Saudi Arabia) 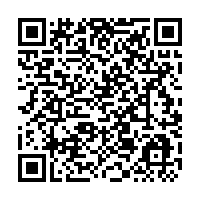