The just-released Pew Survey (“Israel’s Religiously Divided Society”) contains some fascinating data. While most commentators are making a big deal over the fact that about half of Jewish Israelis agreed that “Arabs should be expelled or transferred from Israel” – a stupid question because it doesn’t distinguish between Arab citizens of Israel and residents of Judea and Samaria, or whether ‘transfer’ is at gunpoint or voluntary with compensation, or many other things – I was more interested in its comparison between Israeli and American Jews.


As an American-Israeli, I am often struck by the way Jews in either place don’t understand each other’s cultures and concerns. Israeli Jews don’t understand the liberal (Reform and Conservative) Judaism which so appeal to Americans, they don’t understand American politics, and they think that all American Jews are rich and stupid – especially the ones dumb enough make aliyah (ask me about the ‘American price’ in the shuk). But since Israel has very little power to affect the US, this is of no importance.

What is of great significance is the fact that ignorance in the other direction – the misconceptions of American Jews about Israel and Israelis – are dangerous, especially because they are exploited by the US administration and others who do not have Israel’s best interests at heart.

Orthodox Jews in America are 10% of the Jewish population, and hold views similar to the 22% of Israeli Jews that identify as Orthodox. But the non-Orthodox populations are very different. In Israel, most of them are “hiloni,” usually translated as ‘secular’, and about half as many identify as “masorati” or ‘traditional’ (not to be confused with the tiny Masorati movement, which is the Israeli branch of American Conservative Judaism).

The survey describes Masoratim as holding the “middle ground between Orthodoxy and secularism.” Many Mizrachi Jews put themselves in this category. Although they vary widely in their degree of observance, one example is the man who votes for the ultra-Orthodox Shas party but still drives to the football stadium on Shabbat.

Neither of these groups correspond to anything in American Jewry. Israel’s secular hilonim are overwhelmingly married to other Jews (98%), they tend to be much more knowledgeable about Jewish texts (which they learn in school), they are more likely than unaffiliated American Jews to light candles before Shabbat, keep kosher, or attend a Pesach seder – even though 60% never go to a synagogue, and 40% of them say that they do not believe in God! But 28% of them oppose allowing Reform or Conservative rabbis to perform marriages in Israel, despite the fact that 88% believe that “religion should be kept separate from government policies.”

Almost all Israeli Jews, when asked their religion chose ‘Jewish’ rather than ‘no religion’, even if they also indicated that they didn’t believe in God. And when asked what strain of Judaism they identified with, half of them said ‘Orthodox’ even if they never went to a synagogue. Only 5% identified with the Reform or Conservative movements.

In other words, Israelis are closely tied to Jewish culture and traditions, even if their degree of religious observance is minimal. They respect traditional Jewish belief and ritual, even if they dislike the religious establishment and want it to keep its hands off their lives.

In America, about half of married non-Orthodox Jews have a non-Jewish spouse. The unaffiliated American Jew is usually the assimilated Jew with no knowledge of Jewish texts or identification with Jewish traditions. And Reform Judaism has separated itself from Orthodoxy and even Conservative Judaism so much – both in practice and in philosophy (think of the Reform concept of tikkun olam as social action) – that those who insist that it is more like a different religion than a kind of Judaism have a cogent argument.

Politically, American Jews are more dovish than Israelis. They are much more likely to think a peace agreement with the Palestinians is possible and would be productive, that settlements across the Green Line hurt Israel’s security rather than help it, and that Israel’s government is not making a sincere effort to achieve peace with the Palestinians.

It’s understandable that Israelis take the more pessimistic positions that they do, given recent experience. Only 8% of Israelis self-identify as part of the Left; the rest see themselves as centrists (55%) or right-wing (37%). But American Jews are overwhelmingly liberal or progressive, and they take their cues from the administration that they strongly support, liberal media and opinion leaders.

My experience has been that with some exceptions American Jews are acutely uninformed about the realities here. Because events in Israel are not vital to them, they uncritically accept what they hear from sources they consider authoritative. PM Netanyahu also comes in for a lot of unjustified criticism from Americans, who see him as an extremist, when he is actually squarely in the center of Israeli politics.

American Jews, like other Americans, are influenced to some degree by the flood of aggressive anti-Israel propaganda from the numerous groups whose function is to demonize Israel. There is also a large group of liberal rabbis who transmit information from the small-but-vocal Israeli Left to their congregants as though it is mainstream opinion in Israel.

The Pew survey notes that some 57% of American Jews see “working for justice and equality” as part of their Jewish identity (only 27% of Israelis agree). So anything framed this way is appealing to American Jews.

The Women of the Wall is an interesting example. Started as a movement of Orthodox women who wanted to be able to pray out loud in the women’s section of the Kotel, it was co-opted by the American Reform movement, and presented as a struggle against fanatic sexism. Ironically, the Reform movement’s intervention may have derailed the partial victory of the original Women of the Wall.

The Reform Movement, which is very close to the Obama Administration, also wants political influence in Israel, which it seems to believe it deserves because of its moral superiority to Israelis. Rabbi Rick Jacobs, URJ president, announced his intention to intervene in Israel’s affairs last October when he said

… Jews who see brokenness in the treatment of Israel’s minorities, or in the way ultra-Orthodox views of Judaism are being enshrined in secular law, are being told that, when it comes to Israel, you should check your commitment to tikkun olam at the door. We will not.

I don’t know how it played in America, but the arrogance inherent in his statement was not appreciated in Israel, which is struggling to do right by all of its minorities, including Haredim, its Arab citizens, illegal migrants, those living in neighborhoods flooded with illegal migrants, and Palestinian Arabs whose idea of politics or religion seems to be to stab Jews. And there is certainly more than enough to do in America on the question of minorities!

My message to American Jews would be that before trying to be the 800-pound gorilla you would learn about the complexity of the situation here, and the challenges that we face just to keep the state from being overrun by the surrounding barbarians. Probably a good default when you don’t understand something would be to align yourselves with the majority of Israelis, who after all have to live with the situation. And here is a hint on one specific issue: neither the government nor the opposition nor the average Israeli think the “two-state solution” is workable in the foreseeable future.

G. B. Shaw said that England and America are two countries divided by a common language. This can be taken to mean that the language is more different than it looks; but it could also mean that the common language hides deeper cultural differences, something which has always seemed to me to be true. I learned to be more careful speaking to British acquaintances in order to avoid misunderstandings.

Perhaps this would be a good lesson for American Jews as well. 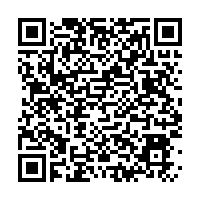