And for those of us who were “just” wounded, the bombing never goes away. Today, my wife, son, and I spent 9 hours on one topic: trying to get our son an Israeli driver’s license. Five hours were spent at the Ministry of Health’s Driver’s Safety unit in Tel Aviv, where doctors checked out our boy to determine if the injuries he suffered as a child would prevent him from driving safely on the streets of Israel. The remainder of the time was spent in travel and at Assuta Hospital where Yehonathon had his first visual field test in a decade—to determine how much of his eye sight is still missing from the shrapnel that passed through his brain and if he can see well enough to drive safely. Now we will sit on pins and needles for three weeks as the Israeli government decides whether a boy seriously wounded when he was 7 years old can now apply for a driver’s license as a man of age 20.

During the summation phase of our trial, I saw the woman who brought the bomber to downtown Jerusalem explain how the PA had paid for her driving lessons so that she could be ready to bring murderers into town.


Maybe Mr. Kerry would benefit from hearing such stories. Maybe Mr. Kerry will do something that Colin Powell, Condi Rice, and Hillary Clinton refused to do: meet with American victims of Palestinian terror and hear our concerns. Maybe, just maybe, John Kerry will be as concerned about our side of the lawsuit as he is concerned with the Palestinian’s economic well-being. Maybe a just settlement can be made if the US chooses to be an honest broker.

There are two sides to this lawsuit and the U.S. government siding with terrorists against their U.S. citizens-victims is an invitation for more terror against Americans abroad. 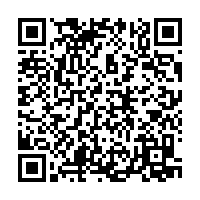