LTG Benny Ganz, Israel’s Chief of Staff, turned heads when he told the Israeli newspaper Ha’aretz that the Iranians are rational and, in his view, have not taken a decision about moving from nuclear capability to nuclear weapons. The second is supposed to prove the first.

If rational means having an appreciation for the consequences of actions and an ability to take steps to reach a desired end, the Iranians are rational. It bears noting that the “end” may not be using, or even having, nuclear weapons. Perhaps the goal is keeping the “international community” (represented by the P5+1) focused on nuclear-activity-short-of-weapon-making while the regime further entrenches itself at home, harasses the West, and pursues its ultimate goal of transnational Shiite expansion.


The rational position for Iran would be to encourage the world to focus on whether or not it might do something now or later, rather than on what it is actually doing now – which, to the shame and the detriment of the West, indeed looks like Iranian policy.

Iran continues to oppress its own people – including 676 executions in 2011, a 10-year-high with many of them performed in public. Iran is engaged in the illegal export of weapons [see here, here, here]. It provides arms, money and advisors to Syria, Hamas and Hezbollah; exports arms to Africa; and has a hand in the Bahrain uprisings. Iran is heavily engaged in South America, particularly in Venezuela, but also across the continent in various political, military and economic endeavors. It supports the Taliban in Afghanistan and steals oil from Iraqi oil fields.

At so many levels, Iran is a problem for and a threat to the West, its interests and its allies. Yet the focus is almost entirely on the terms of uranium enrichment and whether Iran has made a decision to build nuclear weapons. A second, Western, focus consists of arguing with Russia and China over the proper level of concern about Iran’s nuclear program. A third Western preoccupation is keeping Israel out of the conversation.

So consider what would happen if Iran actually said it agreed to the P5+1 terms on its nuclear program. Take the strictest version of the possible terms: closing the Fordow plant, halting enrichment at higher levels, moving enriched uranium out of the country, permitting unfettered inspections by the IAEA. Add your own.

Nothing is free – Iran will have demands including the end of sanctions and international isolation. Not immediately, of course, or even quickly, but sanctions would be lifted. Iran was circumventing them anyhow, but the ability legally to purchase currently restricted technologies would speed the upgrade of Iran’s arms industry. The end of banking sanctions and the oil embargo would allow the treasury to finance Iran’s interests at home and abroad. Iran wins.

The likelihood of Iran complying with its commitments is minimal. But there would be hundreds if not thousands of hours, days and weeks of new negotiations over whether and how the agreement is holding up. Once a deal is struck, the Western powers will be loath to cancel it, even when they know Iran is cheating. If the Israeli-Palestinian “peace process” is any guide (and it is) the P5+1 will try almost anything (modifying the terms, bribing the recalcitrant party, denouncing anyone who points out evidence of cheating) to avoid admitting that it was snookered. Iran wins.

If the West takes no action on the other Iranian activities, but allows the regime to reclaim its place in the family of respectable nations, each Iranian target will remain a target: dissident Iranians, Sunnis including the Saudis, European capitals, Americans and American interests, Western-oriented South Americans, Israel and Jews. Russia and China will support Iran with no concern for American disapproval. Hezbollah, Hamas, Syria (unless we act quickly), Venezuela and Nicaragua will have their patron intact. Iran wins.

The whole thing is so rational as to make you wonder why Gen. Ganz’s words caused such an uproar. 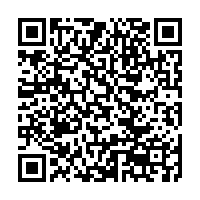